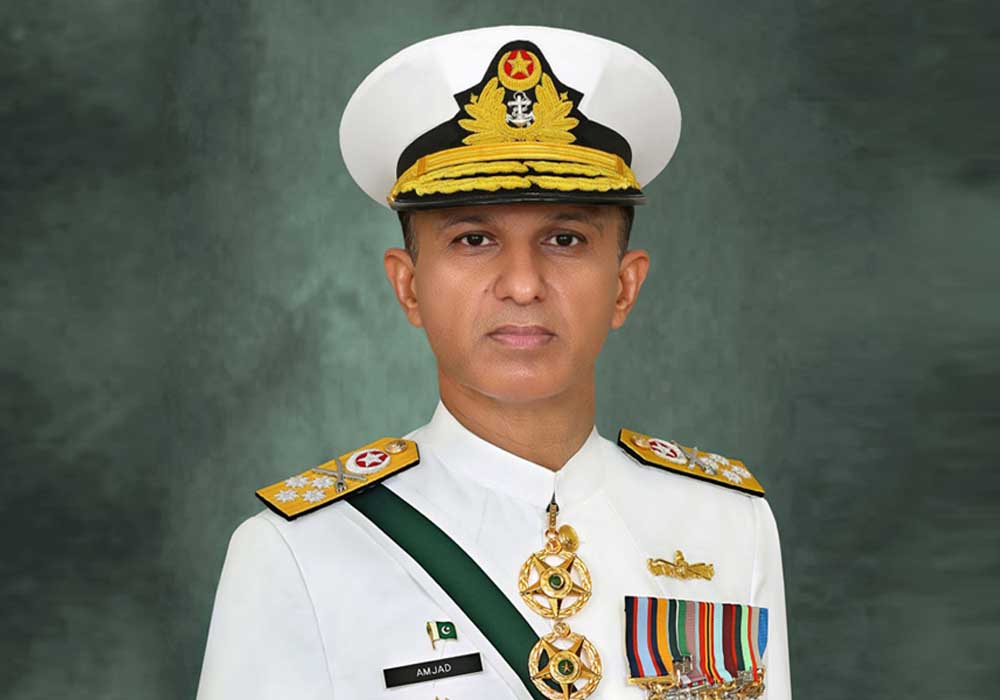 Chief of the Naval Staff Admiral M. Amjad Khan Niazi has urged the business community to tap into the untapped potential of the country’s blue economy. He made the comments while meeting with a delegation from the Islamabad Chamber of Commerce and Industry (ICCI).

Admiral Niazi highlighted that strong growth in the maritime industry is expected by 2023, which will create numerous job opportunities and new avenues for entrepreneurship and commercial innovation. He invited the ICCI to participate in the Pakistan International Maritime Expo & Conference, which will be held from February 10-12, 2023 under the patronage of the Ministry of Maritime Affairs.

Real Admiral Muhammad Faisal Abbasi, the Deputy Chief of Naval Staff (Ops), also spoke at the meeting and stressed the importance of the business community in promoting the indigenous production of defence equipment and products in order to strengthen the defence sector. He mentioned that a maritime science & technology park has been approved and its construction will create further opportunities for the business community.

ICCI President Ahsan Zafar Bakhtawari thanked the naval chief for the meeting and expressed his interest in working with the Pakistan Navy to explore the indigenous production of frigates and other defence systems.

He emphasized that such production would reduce the import bill and save foreign exchange reserves for the country.

Meanwhile, the Pakistan Navy held its annual Fleet Annual Efficiency Competition Parade on Thursday, marking the end of a successful operational year for its fleet units. Admiral Niazi attended the event as the chief guest.

During the parade, the admiral praised the dedication and professionalism of the officers and men for their successful participation in various naval exercises, both bilateral and multilateral, in local and international waters, which contributed to regional maritime security and the protection of Pakistan’s maritime interests.

He also emphasized the importance of the Pakistan Navy in defending the country’s sea frontiers, protecting its Exclusive Economic Zone, Gwadar Port, and maritime projects under the China-Pakistan Economic Corridor.

The admiral emphasized the need for the navy to remain vigilant in the current global and regional geopolitical environment.