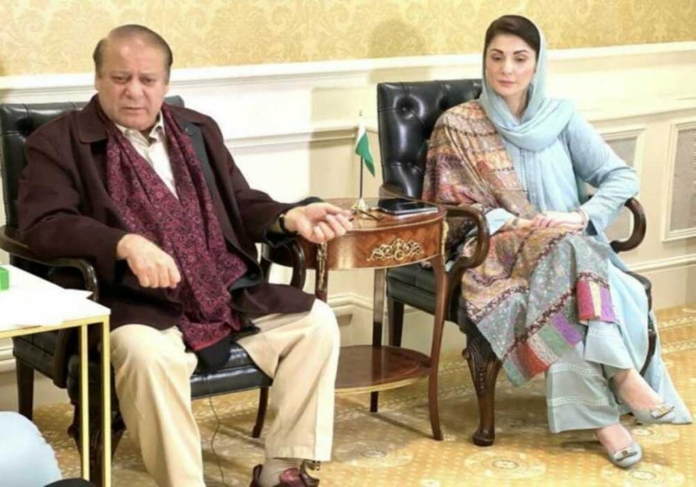 Former prime minister Nawaz Sharif said that people were happy and satisfied under his leadership while blaming Imran Khan’s administration for the nation’s economic woes.

On Sunday, while giving an interview with local media, Nawaz Sharif thanked Allah for having his daughter next to him while also remembering “how we were treated the minute we came to Pakistan”.

Nawaz praised Maryam for “standing by her father like a courageous daughter” and said that the party was “all praises about her”.

The former prime minister also said how his mother was particularly affected by his imprisonment at the time.

“Whenever she would visit me in the Rawalpindi prison,” he recalled, “she would insist on being put in the jail cell with her son and would refuse to leave without Nawaz.”

The PML-N leader said in the interview that all the suffering he and his family had through was motivated by “revenge”.

Nawaz stated, “Everything became more unaffordable under Imran Khan’s term. In this process of getting revenge on me, Imran has wrecked Pakistan.”

He questioned, “Who had asked you to seek retribution from Pakistan? If you wish to take revenge against me, by all means, go ahead.”

It should be mentioned that Nawaz was found guilty in the Al-Azizia Steel Mills and Avenfield Properties cases in 2018 and received a total term of 11 years in jail and a fine of Rs1.3 billion.

He was granted approval to go to London for treatment when the Lahore High Court suspended his sentence in 2019 due to medical reasons, however, he never returned.