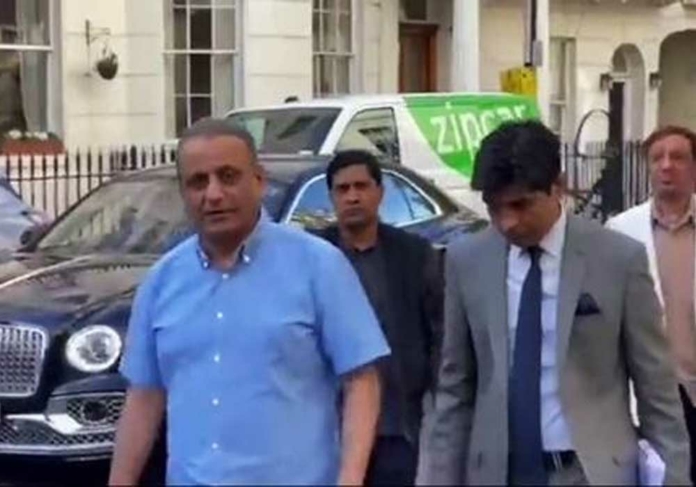 Aleem Khan departed without speaking to the media after the meeting. Without making any comments he said, “I will refrain from talking about politics,” when asked for more information about the meeting.

He said, “Now let’s discuss the weather. There will be no effect on Pakistani politics from the weather in London.”

Aleem Khan turned on Imran Khan after the PTI administration was ousted in April of this year. Aleem Khan openly backed Hamza Shahbaz during the Punjab chief minister race.

Aun Chaudhry, who is also the prime minister’s advisor on sports and tourism, told the media that Pakistan needs Nawaz Sharif at this crucial time and promised that the country would soon receive good news.

He gave Nawaz information about the number of PML-N members required to start a change in Punjab during his meeting with the PML-N leader. The two talked about issues pertaining to Punjab and the centre.

The advisor will travel to Pakistan on Tuesday with some crucial directives from Nawaz Sharif.