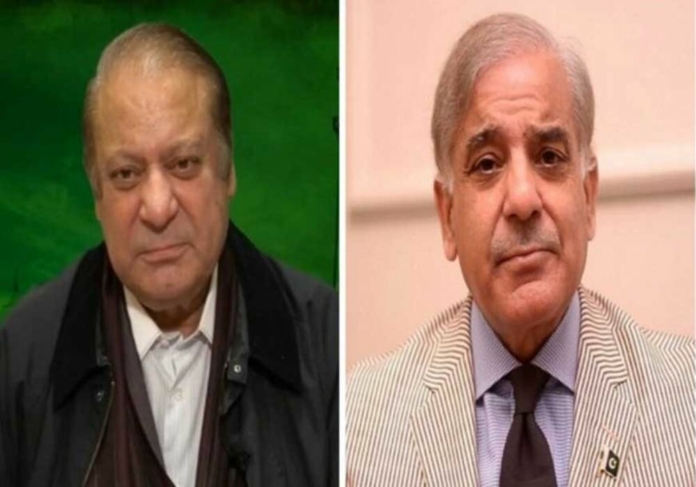 Nawaz Sharif and Shehbaz Sharif have decided that they will not come under pressure from Pakistan Tehreek-e-Insaf (PTI).

Prime Minister Shehbaz Sharif had come to London for a discussion on the ongoing situation of the country with Pakistan Muslim League Nawaz’s (PML-N) Supremo Nawaz Sharif. According to reports discussions have been made on the PTI’s long march, the demand for early elections with important issues.

The PML-N leaders held a meeting of more than three hours and only the members of the Sharif family including PM Shehbaz Sharif, Nawaz Sharif, Mariam Nawaz, Hassan Nawaz and Hussain Nawaz participated in the meeting while no other PML-N member was asked to join the meeting.

Nawaz had directed Shehbaz to continue his best to take the country out of the economic crisis urging him not to give in to any pressure. It was also decided to conduct elections at the scheduled time. The decision to deal with PTI’s long march on the legal ground was also made.

Earlier, PM Shehbaz had unexpectedly left for London on a private flight after the end of COP27 conference in Egypt. After the meeting at Avenfield House, PM Shehbaz speaking to reporters said that they had taken lunch among family members.

However, another meeting has been expected today and some PML-N leaders are also expected to join the meeting.