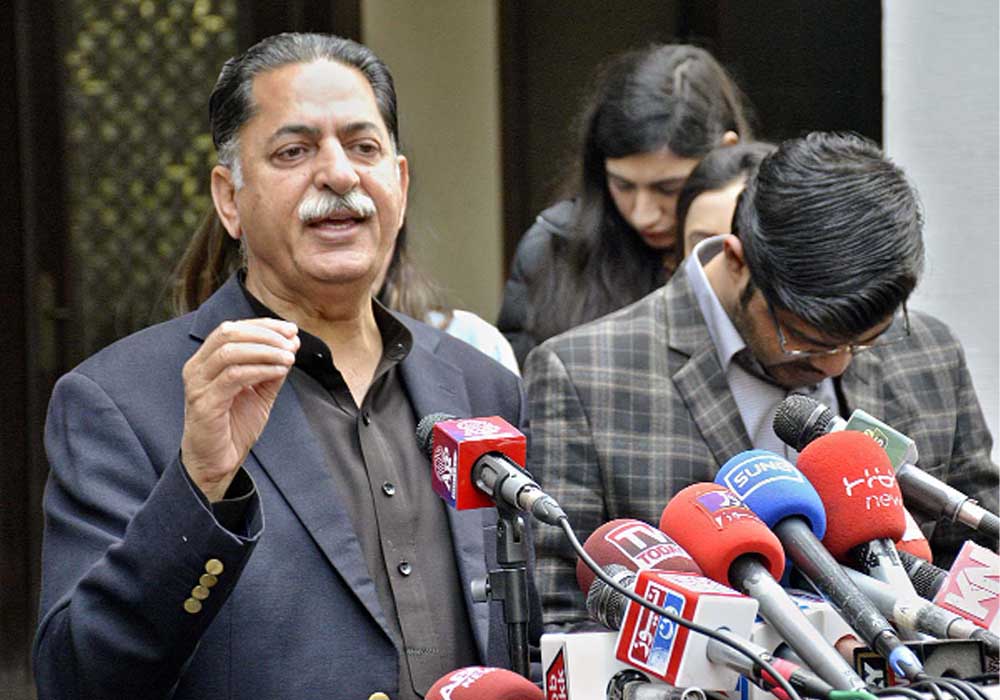 Federal Minister Mian Javed Latif said on Sunday that Pakistan Muslim League-Nawaz (PML-N) supremo Mian Nawaz Sharif would announce the date of his return to the country after the election schedule for two provincial assembles, Punjab and Khyber-Pakhtunkhwa, would be finalised.

Talking to the media at Model Town here, he said: “We are going into elections amidst innumerable crises, including the financial challenges, facing the country.” He said that PML-N Senior Vice-President Maryam Nawaz, who’s chief organiser of the party, would return to Pakistan on January 28.

The minister said that the Pakistan Democratic Movement (PDM) coalition government was making all-out efforts to improve the economy and streamline the system for better governance, adding that the PML-N was taking tough decisions in the large interest of the country.

Mian Javed Latif said his party had rendered unmatched sacrifices for protecting interests of the state and it would never allow anyone to cause any harm to the country or its institutions. He said that Pakistan Tehreek-e-Insaf (PTI) Chairman Imran Khan was exploiting his supporters and wasting the time of the nation, adding that Imran Khan and his party was responsible for the current economic crisis as they did nothing for welfare of people and country’s betterment.

To a question, he said that Imran Khan damaged the economic sector due to his weak policies.

To another query, the federal minister vowed that the solutions to all problems being faced by the country lies in following the Constitution and law.

Talking to a private media channel, he said Imran Khan left the PM House after lying landmines for the new government. The nation was paying the price of incompetent Imran in the shape of burgeoning inflation, he said.

Javed Latif further said PML-N took a principled decision for the survival of Pakistan at a political cost. Nawaz Sharif was disqualified on flimsy grounds just to pave the way for others. “Nawaz Sharif sacrificed for the nation and the state three times,” he said.

The minister said PML-N was ready for the elections and wanted that they should be held on time. “With the announcement of the election schedule in both provinces, Nawaz Sharif will announce his return,” he added.