â€˜Bridgertonâ€™: A story of romance and hypocrisy 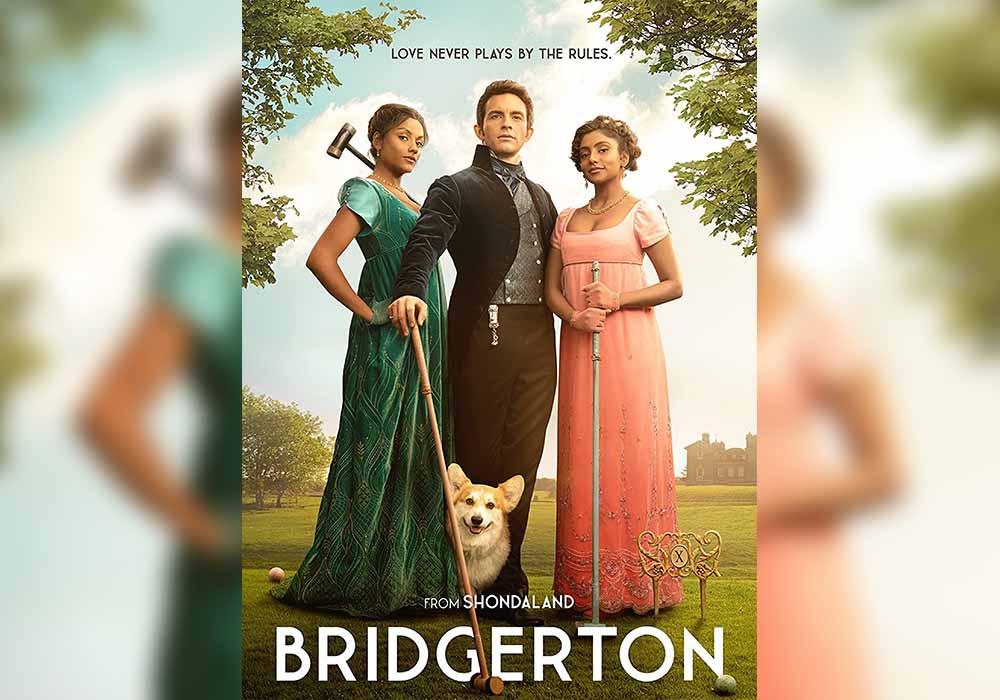 Produced by Shondaland media, it is official. Bridgerton season 2 is confirmed to hit Netflix in 2022. Written by Chris Van Dusen, it is popular amongst adults. Just like, Game of Thrones is gruesome with nudity and violence, so can Bridgerton be classified under such a genre except that it talks of legal and illegal matters.

“While Bridgerton Season 1 loosely focuses on the first book in Julia Quinn’s series, The Duke and I, the second season will focus on the sequel, The Viscount Who Loved Me, which dives deeper into the life of Anthony Bridgerton (Jonathan Bailey).”

The fans of Bridgerton eager to watch the new release wait in anticipation for the season to air. There is much excitement circling amongst the fanfare. The expectation for the second season to be as thrilling as the previous one is tremendous. However, the news that Rege Jean Page aka Simon, the Duke of Hastings, will not be returning to the show is big and disappointing. It really disheartens the viewers, especially young girls who are crushing over the dude!

Set in England in the Regency/Victorian era, the main characteristics of the era focus on witty conversation, marriage, fashion, and manners. The show centers around the well-to-do Bridgertons – a widow and her eight alphabetically named children. Running parallel is the story of the Featheringtons and their three daughters. Both families are on the lookout for a suitable suitor for their daughters. The portrayal of the British society is done with a finesse and beauty that is unparalleled.

The hypocrisy is much similar to our society. The Regency era is full of gossip and secrets and Bridgerton can be compared to Gossip Girl in that both have nameless narrators that thrive on rumours and false, spicy news. It is much like Jane Austen’s Sense and Sensibility and Pride and Prejudice except that is not as bitter and serious.

Bridgerton has a witty and sexy sense of humour. With dazzling imagery, refined costumes, torrent love affairs and opulent settings, the show is packed with a ‘powerful punch’. You all have probably seen the show now so I will not rave about the story, except to mention the sizzling romance between Simon and Daphne (daughter of Lady Bridgerton) which leaves the audience mesmerized. Four cast members, Charithra Chandran, Shelley Conn (Charlie and the Chocolate Factory), Calam Lynch (Dunkirk, Derry Girls), and Rupert Young (The White Queen) are all joining the Bridgerton in Season 2. We may get appearances from Charithra Chandran (Edwina Sharma) and Shelly Conn (Mary Sharma) since their characters are said to be around the second social season. We’re wishing for a scene of the women visiting the new Viscountess Bridgerton. Since the series are based on the novels written by Julia Quinn, it leaves little room for suspense for those who have already read the books. Yet, this does not satisfy the urge to watch.

Season 2 sees marital bliss between the viscount and viscountess. A lot of matchmaking takes place. Anthony and Kate get together. Elios marries Sir Philip Crane and Penelope marries Colin. Anthony tells his mom that true love is hard to find and he would only marry out of love. In the subplot are Katie and her sister Veena. Katie is always trying to safeguard Veena. It creates resentment in Veena who goes through an inferiority complex. Will they get over their enmity?

Lady Whistledown herself hints at how season 3 will start filming in the summer of 2022 and the release is expected in spring or summer of 2023. “If I were to return for season three, I would love to continue Kate and Anthony’s love story and see them kind of play post-marriage and kind of enjoy that honeymoon romance that they deserve and a lot more horse riding,” Ashley said.

To wrap up, Bridgerton is a bold show, not recommended for children.