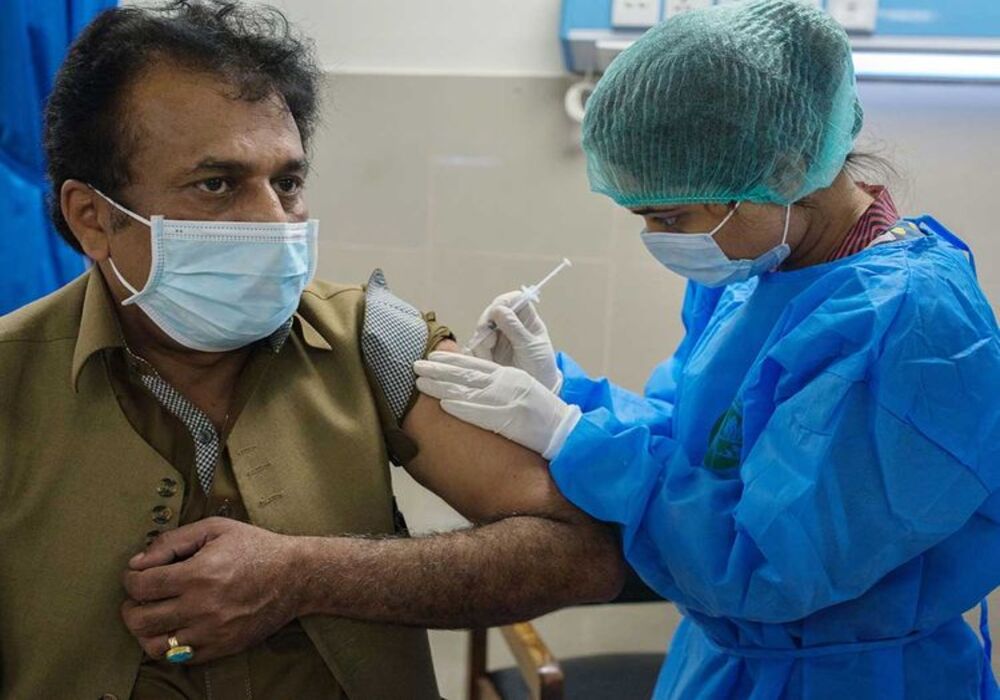 The country has reported two coronavirus-related deaths in the last 24 hours, with 14 critical patients admitted in various hospitals.

According to the latest figures shared by the National Institute of Health (NIH), at least 22 people tested positive for Covid-19 across the country in the last 24 hours. The country conducted 5,126 tests in the past 24 hours, out of which 22 persons tested positive for the disease, whereas the positivity ratio was recorded at 0.43 percent. One death was reported from Sindh, while the other from Khyber Pakhtunkhwa.

Meanwhile, Minister for National Health Services, Regulations and Coordination Abdul Qadir Patel said that the government had strengthened the role of Border and Health Services in Pakistan to deal with any sub-variant of Covid-19. He said that there was a surveillance system at all entry points of the country, including airports, where rapid tests and screening of passengers would be conducted.

The minister said that the situation was completely under control and asked the general public to avoid listening to rumors. He added that the coronavirus case passivity ratio was just 0.3 to 0.5 in the country, while 90 percent of the country’s population already got vaccinated against the disease. “An efficient system with a proper management team is fully functional in the country to remain vigilant and is ready to make an emergency plan to deal with any sub-variant of Covid-19,” the minister assured. He said that in case of any untoward situation, the health system was fully prepared to deal with any sub-variant of the Omicron, including BF.7.

On the other hand, the Aga Khan University Hospital (AKUH) confirmed on Wednesday the detection of six coronavirus cases belonging to the highly-contagious Omicron sub-variant category XBB in Karachi.

“We have detected six cases, however, others have been found around the country,” AKUH Infectious Diseases Section Head Dr Faisal Mehmood said. “These have started since November.”

According to the World Health Organization (WHO), the XBB is a highly contagious sub-variant of Covid-19’s Omicron strain. As per early evidence, the XBB variant had a higher reinfection risk, as compared to other circulating Omicron sublineages.

Dr Mehmood said the XBB variant can spread rapidly, especially in people who do not have pre-existing immunity from vaccination or previous infections. “The symptoms are similar to the other Covid-19 variants,” he added, encouraging vaccinations for people who have not received the booster shot or have low immunity.

The infectious diseases expert said adequate amounts of testing were the most important thing to counter the new variant’s spread. He advised the public to get a booster shot if they haven’t already. “If you have any symptoms, you should get tested or at least wear a mask and avoid other people to prevent the spread of the virus,” he said.