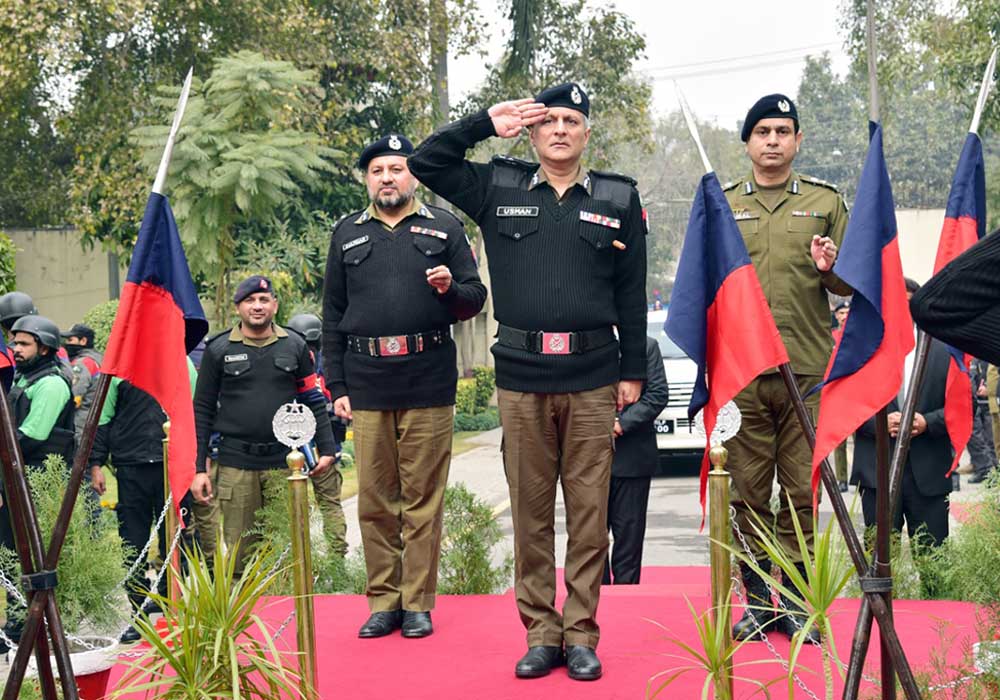 Zahid Akhtar Zaman belongs to the 24th Common of Pakistan Administrative Service (PAS) and he has vast experience in the field of administration. Prior to this posting, he was serving as a senior member Board of Revenue. Zahid Zaman had been served as Additional Chief Secretary (South Punjab), the secretary Primary and Secondary Healthcare and director general of the Lahore Development Authority (LDA). The new chief of Punjab Police, Dr. Usman Anwar, has taken charge of his post. On the arrival of IG Punjab Dr. Usman Anwar at the Central Police Office, police squad presented salutations to him. Senior officers of Punjab Police welcomed IG Punjab on his arrival at CPO. 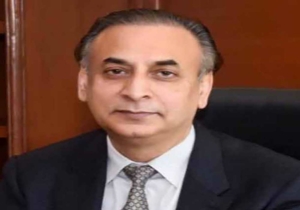 After the salutation ceremony, IG Punjab Dr. Usman Anwar met the Additional IGs and DIGs in his office, after which, while answering the questions of the media representatives, he said that Transfer/Posting is the subject of federal and provincial governments and duty of officer is to perform his duties as per law and constitution. While sharing his policy priorities with media personnel Dr. Usman Anwar has said that according to the instructions of the caretaker government and Election Commission, conducting fully transparent, impartial and free elections in the province is my first priority.

In this regard, performance of duties as per devised instructions and laws formulated by the Election Commission will be ensured in all cases. He said that steps will be taken under proactive policy to keep the province safe from the wave of terrorism and process of eliminating terrorists as well as their facilitators and miscreants will be accelerated. Dr. Usman Anwar said that protection of life and property of citizens along with elimination of crimes is the main component of my policy. Likewise, He said that along with free registration of crimes, police response will be improved for promoting sense of security among masses.

He stressed that any delay in registration of cases in cases of dacoity, robbery and theft would be intolerable and priority measures would continue to provide justice and all possible relief to the victims of such crimes. Dr. Usman Anwar said that combing and intelligence-based operations will be expedited in vicinity of schools, colleges and hostels and dens of professional criminals to stamp out menace of drugs from the society. He said that drug addiction destroys homes as well as society, so for its elimination, a strict indiscriminate crackdown should be imposed.

IG Punjab said that the process of issuing traffic license should be made easier for citizens and the number of learning offices as well as testing centers will be increased and traffic rules will be strictly enforced to prevent accidents. Dr. Usman Anwar said that hundreds of brave sons of police force have sacrificed their lives to maintain peace and order in the society, and all available resources will be used to solve the problems of their families.

He said that the legislative process will be completed for the recruitment of their family members in the police force on the Shaheed quota. IG Punjab said that the doors of my office will always be open for the citizens as well as the force and the open door policy will be promoted for direct communication with the citizens from the IG office to the police station level. He said that women officers and officials are the most important part of force and they will be given priority postings in commanding positions in police force. IG Punjab said that coordination with FIA will be improved to prevent crimes related to telephonic fraud and cybercrime so that the process of punishing those involved in financial irregularities and harassment of women can be accelerated and accused could be punished.

IG Punjab said that the use of information technology will be enhanced to deal with the modern day challenges and timely measures will be taken to solve the social problems highlighted by the media. IG Punjab made it clear that good policies and initiatives taken by previous IGPs will remain continued. IG Punjab while responding to media representatives said that strict internal accountability of the police force has to make more active and if any officer or official is found involved in any illegal activity; he will not have any sympathy.

While responding to an answer IG Punjab said that the operation against the criminals will continue in the South Punjab Kacha area and measures will be continued under community policing for immediate resolution of public problems. He said that all possible steps will be taken to provide justice to the citizens with mutual cooperation of operation and investigation. Additional IG Bilal Siddique Kamyana on Tuesday assumed the charge of the post of Capital City Police Officer (CCPO) Lahore after his notification was issued by the Punjab government the last day.

Bilal Siddique Kamyana has also experience of working in provincial metropolis as SP in Operations, Investigation and Security wings. CCPO Bilal Siddique Kamyana on his arrival at Capital City Police Headquarters, was welcomed by SSP Admin Atif Nazir and other senior police officers who presented him bouquet. Bilal Siddique Kamyana was presented guard of honor by a fresh contingent of police personnel on his arrival. After assuming charge of the post, the CCPO has committed to resolve the problems of citizens by providing justice to them at Police Stations. “Maintenance of law and order, free registration of FIRs, merit based transparent investigation along with crime control would be my top priorities”, he added. He said that he would take all possible measures for the welfare of Police officers and officials along with families of the martyrs.

He said that he would utilize all resources to give relief to the people along with chalking out a comprehensive plan to improve the morale of the Police forces and build positive image of the department as well as improve the conditions of the Police Stations. “It would be our mission to make Lahore the center of peace so that people could spend their life calmly with complete sense of protection” Bilal Siddique Kamyana vowed. The culture of public friendly police would be promoted so that people could visit police stations for the rederessal of their grievances without any fear and hesitation, he added. “Projects related to IT, public friendly approach of Police and community policing will be continued and further improved to ensure protection of life and property of people according to our agenda,” he concluded.