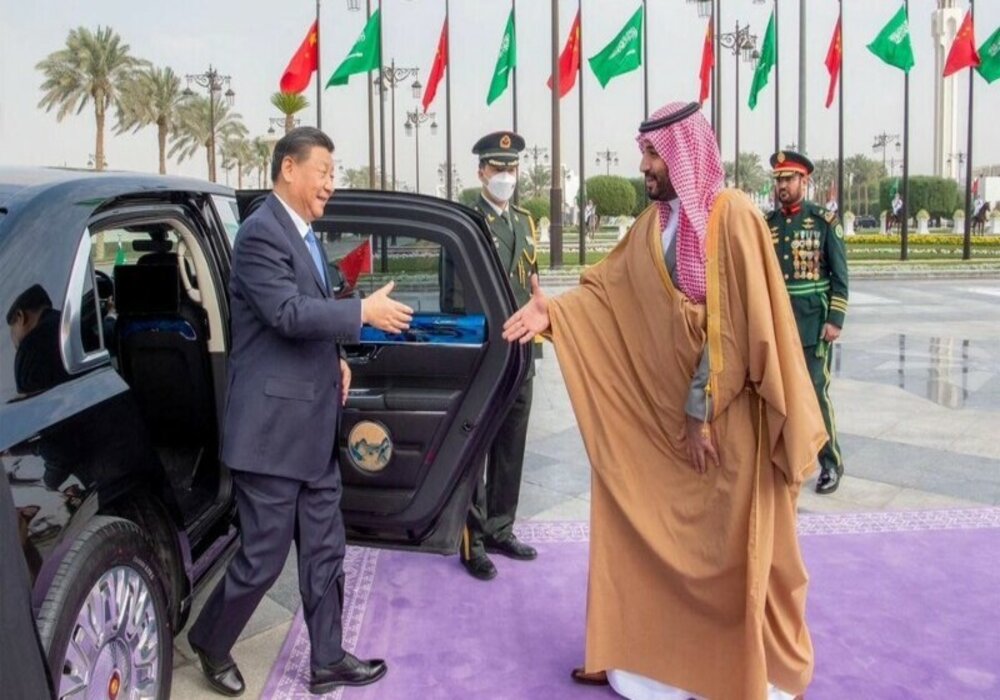 Xi’s automobile was brought into the royal palace in Riyadh by members of the Saudi Royal Guard riding Arabian horses and carrying Chinese and Saudi flags. Saudi Prince, the de facto ruler of the oil behemoth, smiled and welcomed him.

It stood in contrast to the low-key reception that was given to US President Joe Biden in July which had been overshadowed due to Saudi energy policy and the murder of Jamal Khashoggi in 2018.

The US said on Wednesday that the visit was an illustration of Chinese efforts to impose influence around the world and that it would not alter US policy toward the Middle East.

Following the murder of Jamal Khashoggi which soured Saudi-American relations MBS has made a comeback on the international stage. In July Biden and MBS bumped fists instead of shaking hands.

Setting the tone for Xi’s visit top Saudi royals received him at the airport on Wednesday and fired a 21-gun salute as his plane was escorted by Saudi air force planes as it entered Saudi airspace, according to the Chinese foreign ministry.

On Wednesday, the Saudi energy minister declared that Riyadh will continue to be Beijing’s trusted and trustworthy energy partner and that the two countries would strengthen their collaboration in energy supply chains by building a regional hub for Chinese companies in the kingdom.