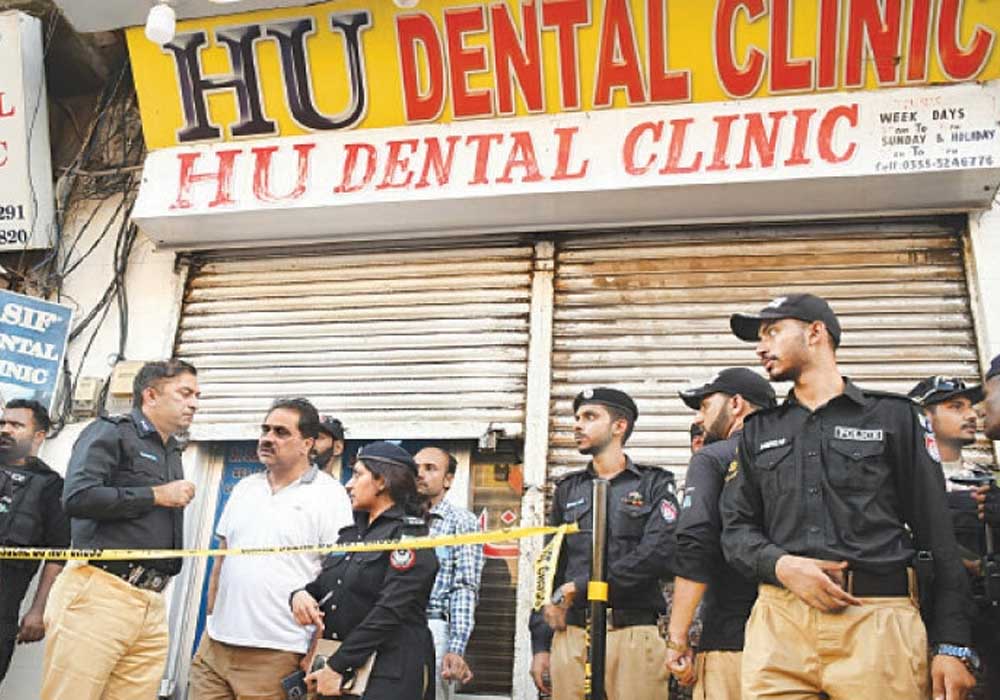 A new Sindhi-separatist organization on Thursday claimed responsibility for the attack on a dental clinic in Karachi’s Saddar area that killed one Chinese-origin Pakistani and wounded two others on Wednesday.

Sindhudesh People’s Army (SPA) – a new Sindhi-separatist outfit – spokesperson Soreh Sindhi released a statement and claimed that the attack was carried out by militants associated with the group.

A Chinese-origin Pakistani, Ronald Raymond Chou, was gunned down while the proprietor of Hu Dental Clinic, Richard, and his wife, Phen Tayang, sustained bullet wounds when a lone attacker opened fire on them. Counter-Terrorism Department’s (CTD) Transnational Terrorists Intelligence Group (TTIG) Chief Raja Umar Khattab talking to a private TV channel said that he believed there was a possibility that that new Sindhi separatist organization was behind the attack. Explaining why he thought that there’s a truth to the SPA’s claim, Khattab said the attackers chose a soft target.

“If you have reviewed the attacks carried out by the Sindhi separatists group, then you would know that they always choose soft targets,” the TTIG in-charge explained.

For example, Khattab said, last year Sindhudesh Revolutionary Army (SRA) carried out a series of attacks in which they chose soft targets.

He observed that Sindhi separatist groups lacked the capability to carry out massive terror attacks and they usually struck soft targets to make their presence felt.

Khattab, who has worked extensively on terrorist groups operating in Pakistan, said that the names of organizations often changed. “There are multiple reasons behind changing the name of terror outfits, but one of the most important reasons is that the terrorists find it difficult to operate and penetrate when the government bans their outfit,” he explained.

He went on to say that Sindhi separatists carried out the attack by renaming the previous group. “Ideology, cause, members and the modus operandi will remain the same,” he added.

Meanwhile, police on Thursday registered a case against the outlawed Sindhudesh People’s Army for attacking Chinese dentists. According to Senior Superintendent (South) Asad Raza, the victims held both Canadian and Pakistani nationalities. The senior officer said that the Counter-Terrorism Department had registered a case on behalf of the state at the Preedy Police Station on murder and terrorism charges against the SPA.

“The police believe that the attack was aimed at sabotaging relations between Pakistan and China and it was a conspiracy against uplift projects in the country,” Raza said. He went on that the health of the injured couple was out of danger now.