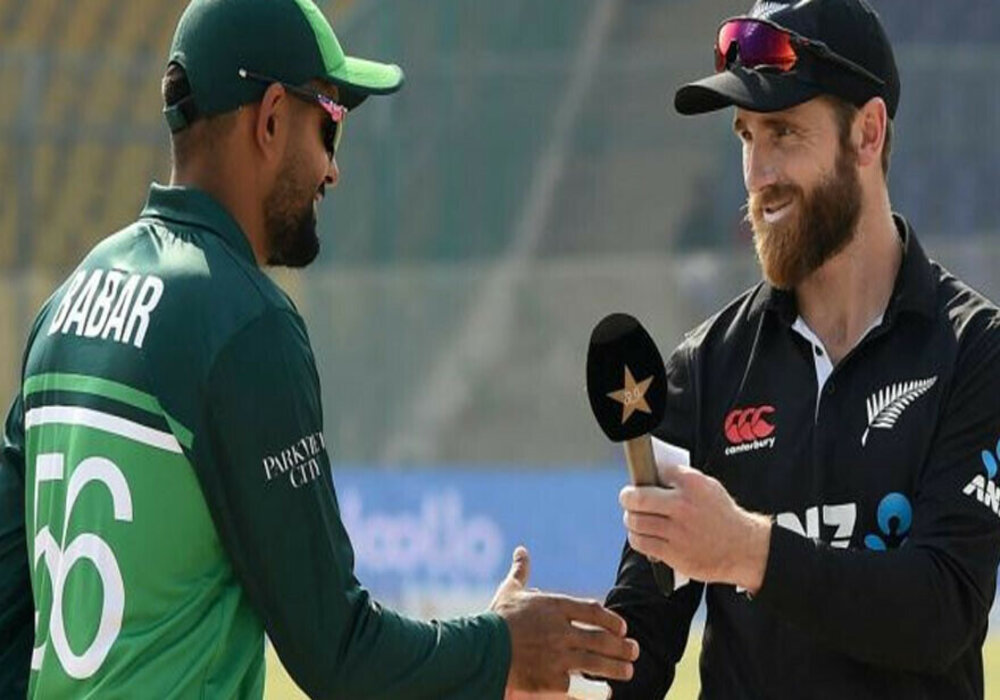 New Zealand beat Pakistan by 79 runs in the second ODI to level the series 1-1.

Chasing the target of 262 runs set by New Zealand in the second ODI of the series Pakistan performed poorly.

New Zealand had elected to bat first after winning the toss. Kiwi openers failed to provide a good start and the first wicket fell for 2 runs when Naseem Shah had Finn Allen caught by Mohammad Nawaz.

Devon Conway and Kiwi captain Kane Williamson batted well for the second wicket and shared a 181-run partnership. Both completed their half-centuries during this period. Conway batted responsibly for New Zealand and completed a century off 91 balls. Then Naseem Shah took the second wicket by ending Conway’s innings of 101 runs.

Mohammad Nawaz did not give many opportunities to new batsman Daryl Mitchell to play and faced 7 balls and got out after scoring 5 runs. Nawaz also took the wicket of Tom Latham who scored only 2 runs.

Williamson batted responsibly but could score 85 runs when Nawaz got his wickets who also dismissed New Zealand’s sixth batsman in the 37th over of the innings, this time Glenn Phillips scored 3 runs. The experienced all-rounder bowled well taking 4 wickets in his quota of 10 overs.

During New Zealand’s batting at the National Stadium, a spectator entered the field but the security personnel immediately overpowered them and drove them out of the field.

Michael Bracewell was dismissed by spinner Usama Mir for 8 runs. Ish Sodhi scored seven runs, and Sodhi was dismissed by Haris Rauf. Naseem Shah got his third wicket with Tim Southee. Santner scored 37 runs to take the team to a reasonable total. Team New Zealand was bowled out for 261 runs on the fifth ball of the last over.

Mohammad Rizwan became the victim of Santner with a total score of 64. Haris Sohail also could not meet the expectations and scored only 10 runs. Agha Salman scored 25 runs. Nawaz was bowled by Bracewell on the score of 142, he scored only 3 runs.

Captain Babar Azam stood at one end and completed his half-century but no batsman from the other end could support him. Babar scored 79 off 114 balls, and wicket-keeper Latham blew the stumps off Ish Sodhi’s ball, and at that time Pakistan’s score was 182 runs.

New Zealand easily won the match by 79 runs and levelled the three-match series 1-1.