Next general elections to be held in October under 7th digital census, Ahsan Iqbal

No politician got as much leeway from power centers as Imran but there was worst performance, minister 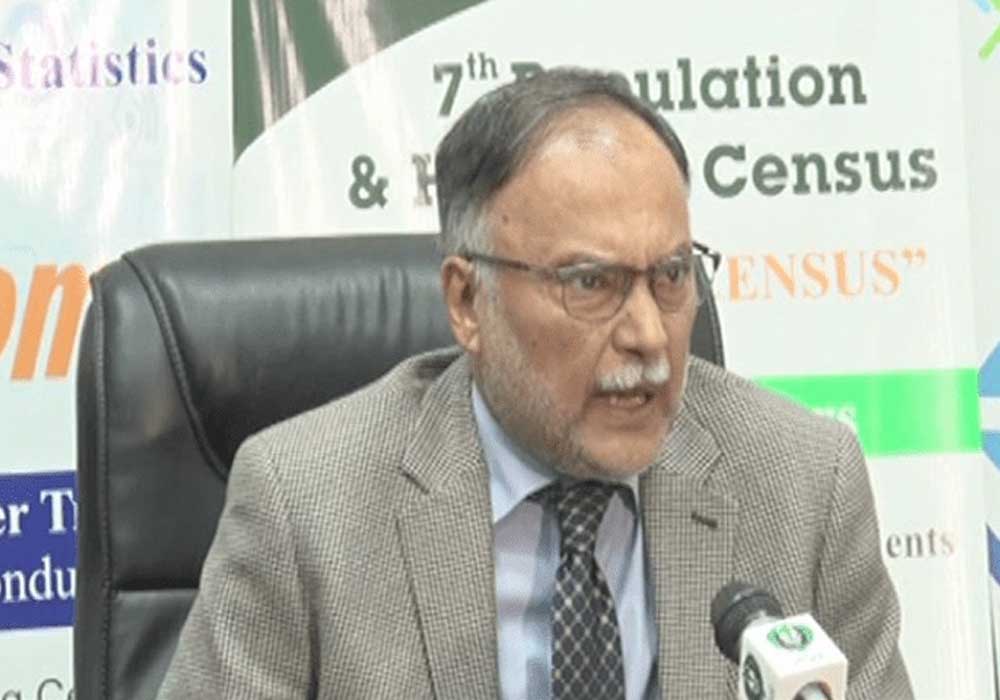 Federal Minister for Planning, Development and Special Initiatives Ahsan Iqbal has said that the next general elections will be held in October 2023 under the seventh digital census.

The Planning Minister said that parliament will complete its term in August 2023 and the next general elections will be held on the basis of this census.

He said that the new elections could be held in October only after the completion of the new census in April or May and then the Election Commission of Pakistan will need another four months to make new demarcations based on the new data as the government had spent Rs34 billion for digital census and the government must have accurate data on population and its distribution.

He said that if the pace of population growth in the country continues, Pakistan’s population will reach 340 million by 2050.

Ahsan Iqbal said that no politician in the country got as much leeway from Pakistan’s power centres as Imran Khan but despite that, there was the worst performance.

He said that Imran Khan’s politics has been defeated this time and the biggest proof of this was the first and second phases of the recent local body elections in Kashmir where his government was in power but his party won only 30 percent of seats while 70 percent of the seats have been won by anti-PTI candidates.