"Cricket is a game of nerves. True. But fast bowlers like Hassan Ali should be forgiven to be impatient and impulsive. That should be, however, on the field" 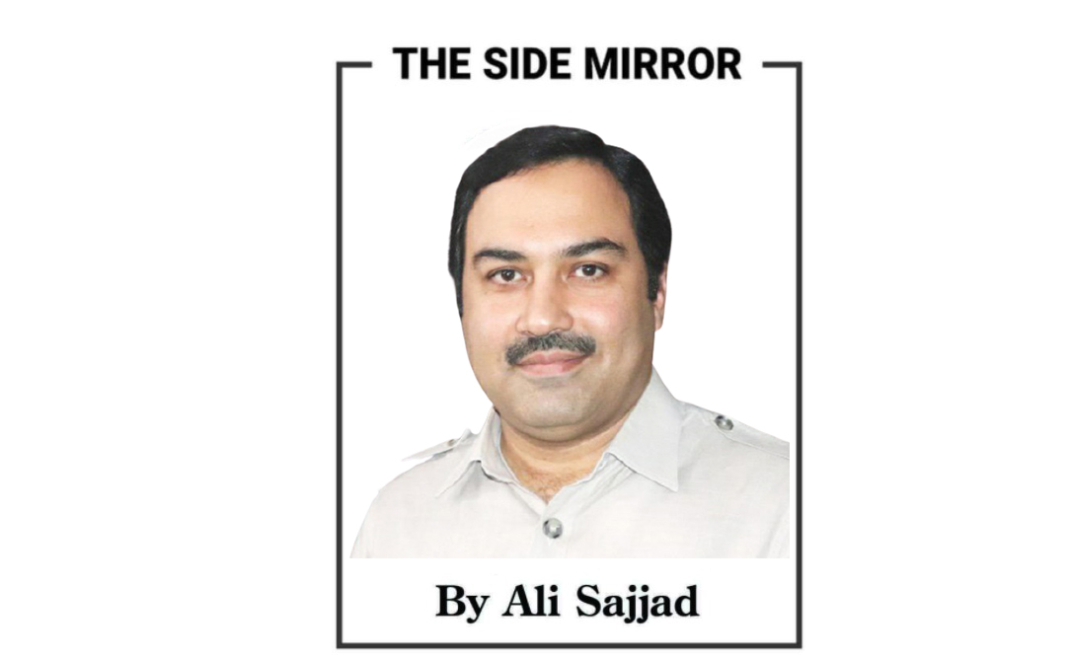 Asking for the ‘next question’ in media talk is a gentle way to avoid an unwanted question. Though not a much-approved practice, people often use this phrase to move on without any confrontation.

Our ace bowler Hassan Ali knows about using this phrase, but he needs not to use this so often.

Before using this, he must learn how to use the phrase.

Before that, the first trait a fast bowler must acquire is rashness. If a bowler is not hotheaded, he had better try googly or spin or flight balls. So, this is what we should expect from star pacer Hassan Ali.

Cricket is a game of nerves. True. But fast bowlers like Hassan Ali should be forgiven to be impatient and impulsive. That should be, however, on the field.

It was a bit inappropriate of the star pacer when he went a little bit off the track at a press conference at the draft event of the Pakistan Super League (PSL) when he avoided a journalist’s question. He has the right to choose not to respond a question. The bowler first did not listen to the journalist twice and cut him off asking for ‘next question, please’, and later entered into an argument with him.

Journalist Anas Saeed was snubbed by Hassan that “I don’t want to answer you”. Hassan further charged, “You had better first go to your Twitter (account) and write nice things (about me) and then I will reply. You should not be personal with anyone (especially with me). If the Pakistan Cricket Board (PCB) can’t stop you, but we have the right.”

The video of this brief dialogue has now gone viral on social media. Hassan Ali is playing for Islamabad United in the seventh edition of the PSL.

For a moment, it seems that Hassan Ali is not pleased with the tweets of the reporter in question. I browsed the Twitter account of Anas Saeed and found a flurry of tweets posted, retweeted, and liked by the reporter which is in his favour and fully condemns Hassan Ali’s conduct. I failed to find any tweet which could invoke Hassan Ali’s anger. There must be some tweets by Anas, who has a good presence on Twitter, which have any personal feeling-infested comment about the performance of Hassan Ali. Honestly, I found most of the tweets by this sports journalist about cricket, cricketers, and the cricket board newsy, informative, and brilliant. But that is not the case with most journalists’ newsfeed. A cursory look at most of the anchors’ and reporters’ Twitter newsfeed shows they are either political activists or public relations campaigners. Similarly, several of our colleagues find no harm in getting into smear campaigns. Contrary to the normal journalistic norms that a journalist should never be partisan, journalists in our part of the world never shy away from breaking the ethics, especially on social media.

So far about the ongoing spat between the journalist and Hassan Ali, the better way lies in explaining the things. If there are some tweets, which were personal comments about or against Hassan Ali, the journalist should remove or explain them. If that is not the case, Hassan Ali had better come forward with a tweet offering an apology.

The brawl is going nowhere as several journalist bodies have jumped on the bandwagon condemning the superstar. The bodies had better go into a constructive soul-searching and make guidelines for journalists on the use of social media. Similarly, the board should invest in training the players on how to face the media without offending the journalists.

Saying ‘Next question’, without addressing the previous questions beg explanation.