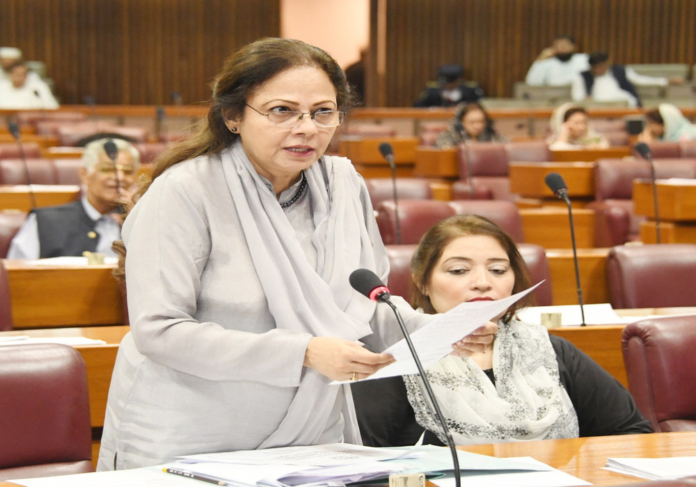 Minister of State for Finance and Revenue Aisha Ghaus Pasha assured on Friday that there was no threat of default despite claims by the former prime minister Imran Khan that default was staring Pakistan in the face.

The assurance came after media reports of delay in formal talks with the IMF on the ninth review of the $7 billion loan program.

The minister gave the assurance in the National Assembly when Pakistan Peoples Party (PPP) member Mussarat Rafiq Mahesar asked her directly, “If Pakistan is going to default?”

“There is no chance of default, Alhamdulillah. Yes, we were concerned when we took over the administration in April since the IMF program was on hold and we had no other options for obtaining funding at that time.”

She asserted that the resumption of the IMF program and the government’s “very difficult decisions” had significantly improved the situation.

Due to the suspension of the IMF program, Pasha stated that it was a proven truth that Pakistan in the past was unable to borrow money from other multilateral and bilateral organizations, as well as the commercial sector, to pay its foreign demands.

However, she emphasized that there was no immediate risk of Pakistan defaulting following the positive seventh and eighth evaluations of the IMF program. She said that instead, exports had increased, remittances from abroad were arriving, and foreign direct investment was improving.

To ensure that every Pakistani pays taxes on time and honestly, the minister emphasized the need for civic sense.

She also criticized Pakistan’s tax-to-GDP ratio of barely 9 percent, which was regarded as one of the lowest in the entire world.