No-confidence motion can be moved against CM Buzdar: Hamza

Opposition stages walkout from Punjab Assembly in protest against inflation 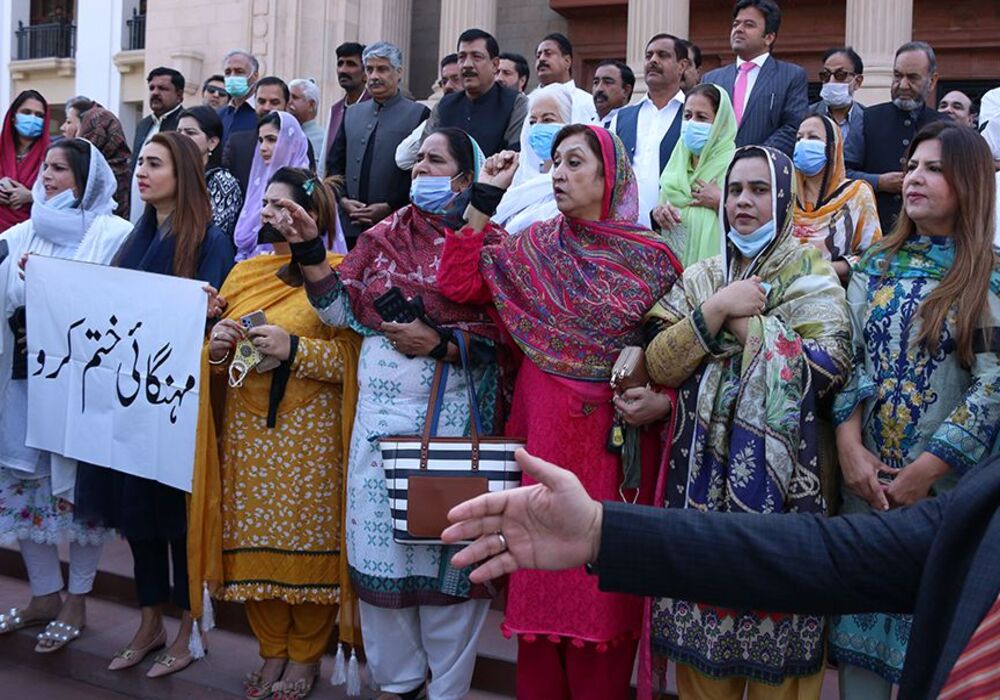 Leader of the Opposition in Punjab Assembly Hamza Shahbaz has said that a no-confidence motion could be moved against Chief Minister Usman Buzdar if the problems of the masses remained unresolved.

The Pakistan Muslim League-Nawaz (PML-N) leader made these comments during his speech in the provincial legislature on Wednesday following which the joint opposition led by PML-N in the Punjab Assembly staged a walkout from the house in protest against rising inflation and soaring prices of essential commodities.

The speaker had summoned the session on the requisition of the opposition but it was marred by a severe rumpus as opposition lawmakers raised anti-government slogans. PML-N MPAs participated in the proceeding of the house wearing black armbands.

The session started after a delay of more than two hours from its scheduled time with Speaker Chaudhry Pervaiz Elahi in the chair. 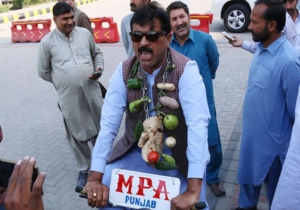 Opposition Leader Hamza Shehbaz delivered a hard-hitting speech while targeting government’s economic policies. “The inflation is on a decline in the region, including India, Bangladesh and Sri Lanka, but here in Pakistan it is in double digits,” said the opposition leader. He was of the view that petrol price had been increased by 29 rupees per litre in the last four months.

Talking about the economy, the opposition leader said that rupee had been devalued by 40 percent and due to flawed policies of the government.

Appreciating the policies of the previous PML-N government, Hamza said that Pakistan was on the path of development in 2018 and there was no electricity shortage at that time. “This is not the way to run the country,” he added.

Soon after Hamza concluded his speech, the PML-N MPAs started chanting slogans against inflation and staged a walkout from the house.

In his comments to media outside the assembly, Hamza said, “We’ll fight for people’s rights both in the parliament and on the roads”. He warned that that a no-confidence motion could be moved against Chief Minister Sardar Usman Buzdar if the problems of masses remain unresolved. “The government must be sent packing,” he said.

They were now protesting because they were unable to receive kickbacks and plunder the national exchequer, he said.

The Punjab Civil Servants (Amendment) Bill 2021 was also passed in the house.

The session was later prorogued for an indefinite period of time.