No early elections at all 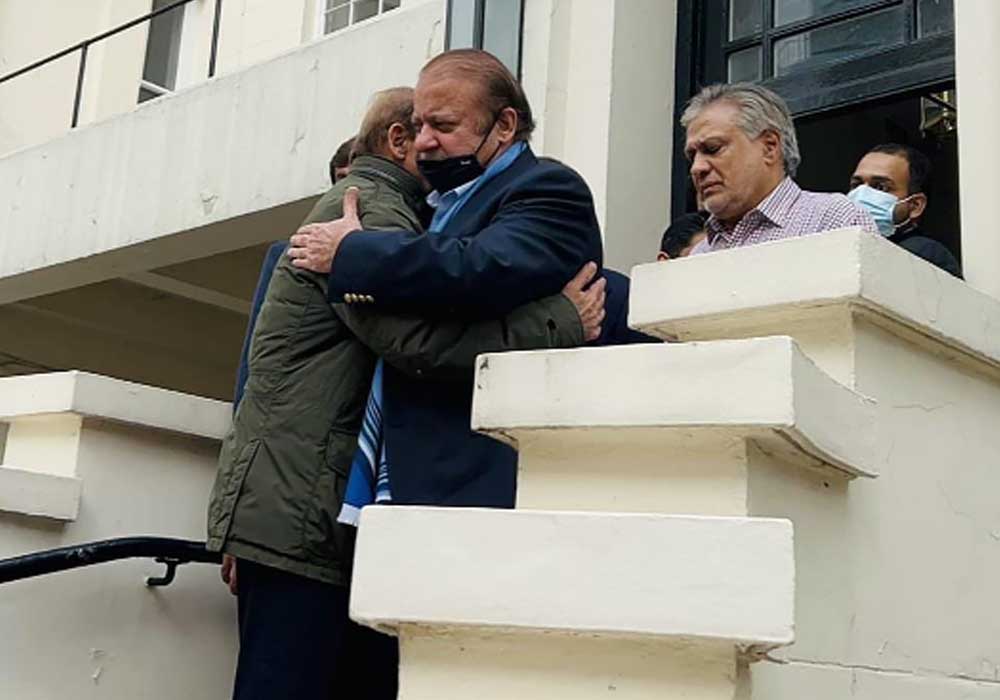 Prime Minister Shehbaz Sharif on Sunday held a meeting with Pakistan Muslim League-Nawaz (PML-N) supremo Nawaz Sharif in London, where the duo talked about a range of issues concerning Pakistan, including the time of general elections.

Shehbaz reached the United Kingdom on Saturday to attend the state funeral of late Queen Elizabeth II in the English capital today (Monday), where he will represent Pakistan.

According to reports, the meeting between the Sharif brothers at the office of Hussain Nawaz lasted for about three-and-a-half hours. Shehbaz was accompanied by former finance minister Ishaq Dar, Defence Minister Khawaja Asif and his son Suleman Shahbaz.

Despite being under pressure, the two PML-N leaders agreed that the next general elections in Pakistan should be held at the stipulated time. Shehbaz also informed the PML-N supremo about the consultations with Pakistan People’s Party (PPP) Co-chairman Asif Ali Zardari, PPP Chairman Bilawal Bhutto and Pakistan Democratic Movement (PDM) chief Maulana Fazlur Rehman regarding the upcoming elections.

Nawaz was informed that all allies were in favour of holding the general elections on time and had vowed not to accept any pressure in this regard. The premier said that at present, all attention was focused on the rehabilitation of flood victims and improving the economy. Nawaz reportedly urged the premier to take steps to control the rising inflation in the country and to provide relief to the people.

“Shehbaz Sharif is making tireless efforts for the flood victims, and the government should speed up the efforts for [their] rehabilitation,” the PML-N supremo added. The two leaders also deliberated over making changes to the Punjab government, and to that end, the name of Hamza Shehbaz, among other possible candidates, was considered for the post of the province’s chief minister.

According to some reports, the duo also discussed the appointment of the new chief of army staff (COAS), as General Qamar Javed Bajwa is set to retire in November.

Earlier in the day, Defence Minister Khawaja Asif had clarified that no discussion about the appointment of new army chief would be held between the two leaders. His remarks were in contradiction with the statement of his party’s federal minister Khurram Dastgir, who on Saturday said that PM Shehbaz would make the decision on the appointment after discussing the matter with Nawaz in London.

Meanwhile, Shehbaz Sharif met King Charles III in London during the reception hosted by the king for the visiting dignitaries. Extending condolences over the passing of his mother Queen Elizabeth II, the premier observed that the late monarch was a source of inspiration and strength for generations of Commonwealth citizens.