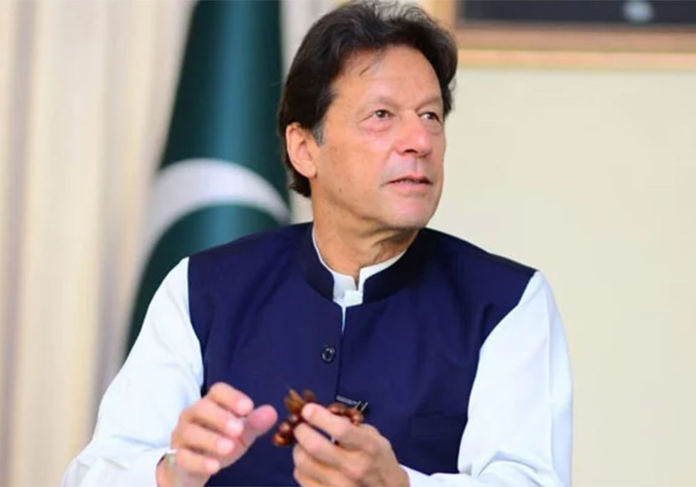 Pakistan Tehreek-e- Insaf chairman Imran Khan on Sunday during an interview with a British newspaper Financial Times passed shocking remarks saying that he no longer held the United States administration responsible for his ouster.

Ever since Khan’s removal from office after the famous motion of no confidence, the PTI leader continuously blamed the US conspiracy for his dismal.

Ex- premier went on to say that the United States and Pakistan have a master-servant relationship, Pakistan has been exploited as a hired gun. But I blame my own government more than the US for it.

Khan also added that he wanted a good relationship between Washington and Islamabad.

The former premier further argued that there must be an equilibrium between civil and military relations since an elected government cannot hold the power when authority lies somewhere else.

Khan stated that Nawaz Sharif is pushing the country towards disaster.

“It is a matter of grave concern for the whole Pakistani nation that a person convicted by the Supreme Court is poised to take decisions about the future of Pakistan that includes the appointment of a new army chief,” he added.