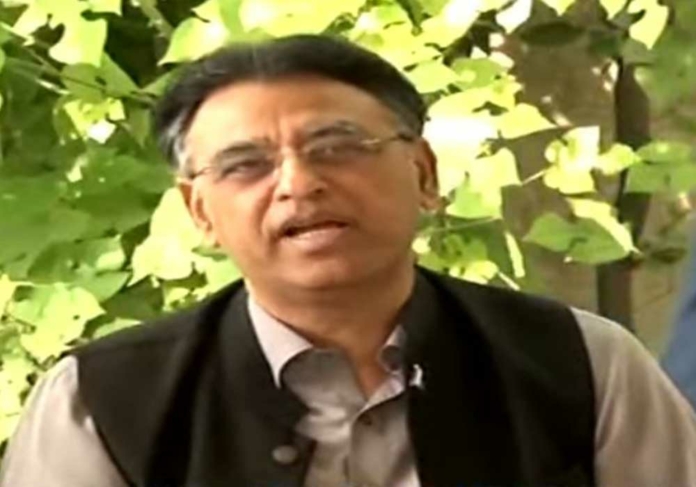 PTI senior leader Asad Umar has said that no negotiations are taking place with anyone at the moment and we’re only demanding for free and fair elections.

On Tuesday, Asad Umar while talking to the media said that we have already accomplished our goal, which was to mobilize our people, thanks to Imran Khan’s tireless efforts over the past five to six months.

He stated, “No matter what you do, use force, attempt to intimidate people, ban channels, call anchors—this is a new Pakistan, and it is standing up for its rights. The people of Pakistan want to make their own decisions, and no one in London will be allowed to take it on their behalf.”

He asserted, if there were only a few hundred people, Islamabad wouldn’t have been a container city and media owners wouldn’t have received threats to reduce their coverage of the march.

While answering Nawaz Sharif’s comment, he said, this is not the same GT road you left. You haven’t seen the kind of public that we are experiencing.

“We have come up with a backup plan, and we’ll shortly decide on a date to arrive in Islamabad. Khan’s arrival day will be a public uproar.”

Asad criticized Interior Minister Rana Sanaullah for referring to the participants in the party’s long march as a “mob.”

“Those who refer to Pakistanis as a mob should be ashamed. The public is not on your side.”

He said that Pakistan has a democracy on paper but politicians must take decisions in a democracy.

Asad said PM Shehbaz claimed that we are here to improve the economy. I dare him to visit Punjab without police protection; given that inflation is at an all-time high, no amount of advertising or usage of digital media can make people believe you.

He requested that the Supreme Court examine the threats that everyone is receiving, including lawmakers and news anchors.

“Elections must be called as soon as possible and the chaos will end the day they are announced because everyone will go back to their constituencies to compete.