No one will be able to attack Islamabad, says Rana Sanaullah 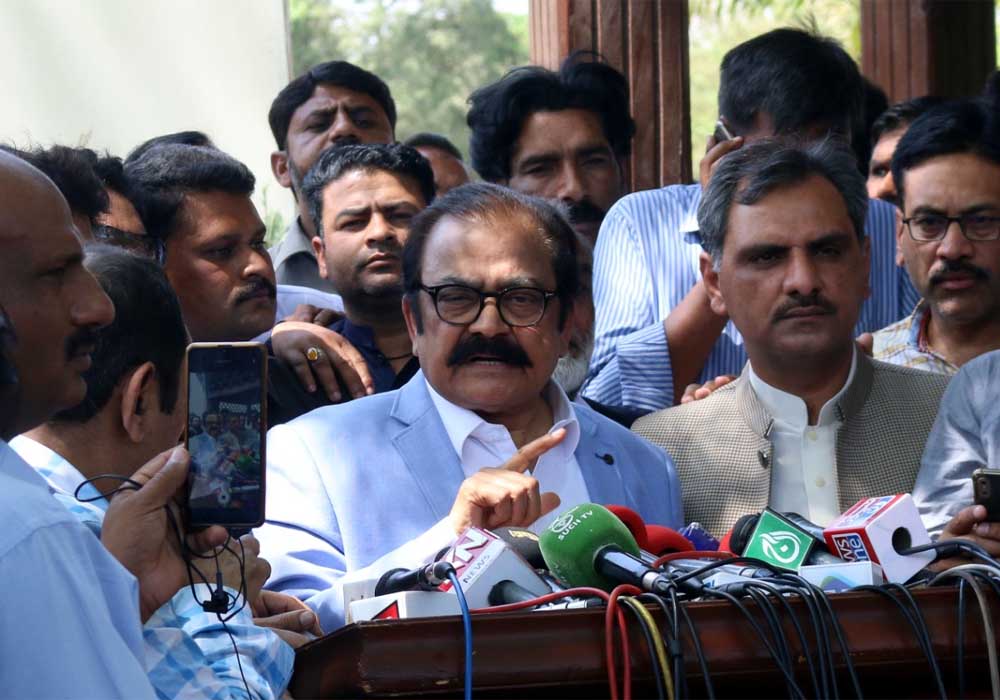 Awami Muslim League (AML) Chief Sheikh Rasheed has said that Islamabad was not the property of anyone’s father; while Interior Minister Rana Sanaullah has said that no one will get a chance to attack Islamabad.

During a press conference in Lahore, Sheikh Rasheed said that the Long March will be peaceful. He said that the army’s decision not to interfere in politics is welcome.

Addressing Rana Sanaullah he said that remember because if the path of violence will be adopted there will be no place to run away.

He said that the government is a thief and they actually want riots in the country. AML chief also said that even 13 parties could not compete with Imran Khan alone. He said that the situation is going on to take the country forward; further adding that Imran Khan will come out peacefully and he has never shed blood.

The former interior minister also said that now the final round is starting, things will be settled by November 30. He further said that the army is ours, we want its dignity and it cannot shoot at the people.

Sheikh Rasheed said that I am neither Nawaz nor Shahbaz nor Asif Zardari; I am not going to run away from illness. He said that he is ethnic and real and that as long as he is alive he will support Imran Khan.

In a statement, Rana Sanaullah said that the Supreme Court and the High Court have decided on the protest in Islamabad. He further said that if they are coming to attack Islamabad they should understand that no group will be allowed to do this.

The interior minister said that a lot has been revealed about Journalist Arshad Sharif’s case. He also said that all reports will be given to the prime minister.

Rana Sanaullah said that the Cabinet has to decide on Governor’s rule but if any situation arises he will move a summary.