No one will be allowed to disrupt peace in Sindh: Sharjeel Memon 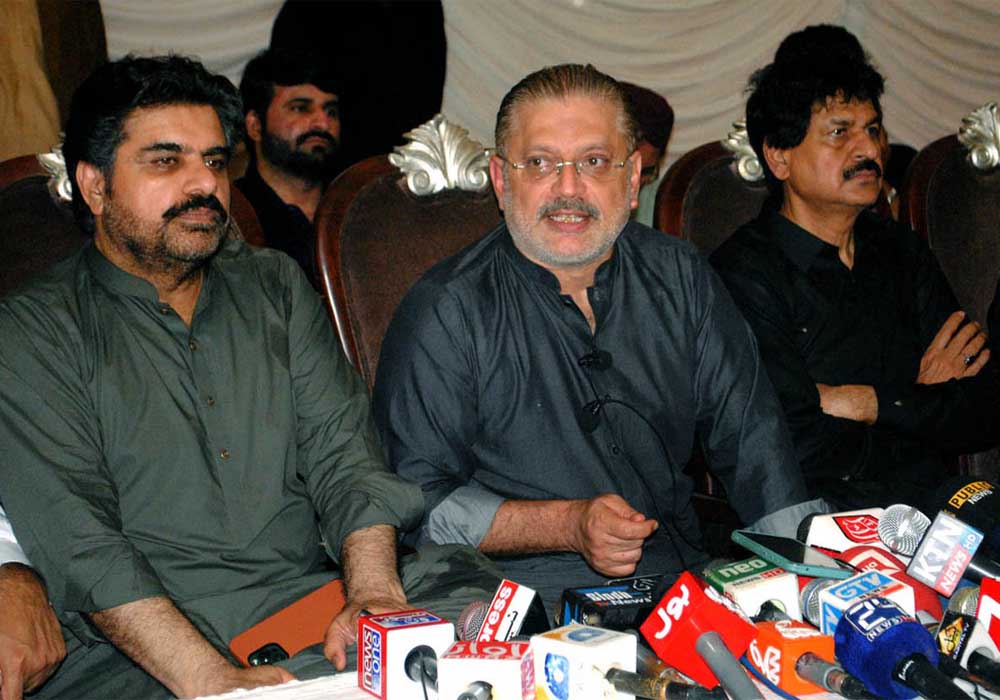 Sindh Information Minister Sharjeel Inam Memon on Saturday said the police had already arrested two main accused nominated in the murder case of Bilal Kaka, a young man who was killed on July 12 during a fight with a restaurant’s management in the jurisdiction of the Bhittai Nagar Police Station.

Addressing a press conference along with Sindh Minister for Local Bodies Syed Nasir Hussain Shah, Jam Khan Shoro and others, Memon said that police teams formed by the Sindh government were not only interrogating the arrested accused but also trying to nab the remaining accused named in the first information report (FIR) of the case. He said that nobody would be allowed to take law into their hands. He added that the police had arrested only those involved in riots and creating law and order situation in different areas of Karachi and other parts of Sindh.

He said that government functionaries were fully aware of the emerging situation in the wake of the second phase of the local government polls, adding that the law enforcers would interrogate suspicious people who had incited violence in certain parts of the province.

“We have come here to meet the people from different communities so that no such incident takes place in the peaceful province,” he added. The minister said the heirs of the victim were fully satisfied with the efforts of the police with regard to investigation into the murder case.

Speaking on the occasion, Nasir Hussain Shah said that some groups were trying to ignite linguistic violence in Sindh under a conspiracy to impact the LG polls.

He assured the people the government would bring all hooligans to justice, and said that some political parties were using criminals for political gains.

“Action will be taken against people spreading propaganda and fear over social media,” the IG said, and urged people not to believe any news regarding the closure of markets and roads. He also asked citizens to cooperate with police as they maintain an environment of harmony.