‘No power bills for flood victims of Balochistan for two months’ 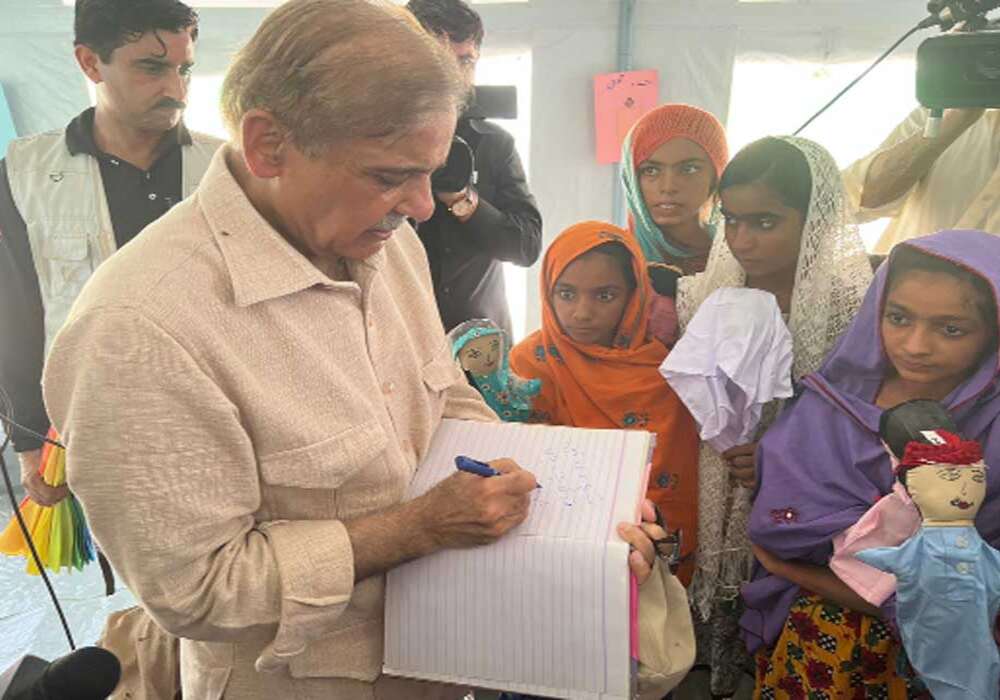 Prime Minister Shehbaz, during his visit to the flood-hit areas of Balochistan, announces exemption in power bills for local consumers affected by floods.

Shehbaz visited Sohbatpur district and announced an exemption on electricity bills for August and September for the residents of flood-hit areas. “You won’t have to pay the bills for these months as we have completely slashed them,” the premier said in a media talk.

During his visit, he reviewed relief efforts underway in the district and talked to the residents. The prime minister noted that the impact of floods could not be dealt with overnight, as the damages had occurred on a wider scale.

He said the government had already announced an aid of Rs70 billion with Rs25,000 being distributed per house affected by floods. “We have so far distributed Rs24bn.” Shehbaz said the scale of devastation had “opened the eyes of the nation, as everyone is dealing with it”.

He also instructed authorities to ensure the availability of drinking water and life-saving medicines on a priority basis in the Sohbatpur area. He further directed to pace up the drainage of stagnant water and complete the activity in 10 days instead of the expected fortnight.

Shehbaz directed the authorities to immediately construct a model school equipped with all necessary facilities for the students of Sohbatpur.

During his visit to a makeshift school set up at the relief camp for flood victims, the premier stressed that the model school must include facilities, including best teaching staff, ventilated classrooms and toilets, and added that provision of books, bags and uniforms to the students must be ensured.

During his interaction with the students, he encouraged them to keep their morale high during challenging times. He also appreciated the doctors and medical practitioners for rendering their selfless services for the treatment of flood-affected patients.

Meanwhile, Shehbaz Sharif urged the nation, particularly the influential and affluent classes, to play their due role to change the nation’s fate through firm resolve and solid actions.

“Where does Pakistan stand today despite passage of 75 years? This is a pinching question… We are moving in a circle all the time… This is now or never,” the prime minister said while addressing a lawyers’ convention in Islamabad.

He said the nation wanted to know as to why the Quaid-i-Azam’s dreams remained unfulfilled as millions of people were facing poverty. He said that unfortunately, even the smaller nations as well as the neighbouring countries had achieved immense progress, leaving Pakistan behind.

Referring to the massive destruction caused by floods, the premier said hundreds of thousands of flood-stricken people were about to brave the upcoming harsh cold winters and 0.6 million pregnant women were also compelled to stay at tents. Shehbaz said the country was faced with climate-induced destruction. He told the lawyers that when the coalition government was formed, the country was on the verge of an economic default.

However, owing to its untiring efforts, the government had averted the economic default and controlled economic instability, though inflation was “at its peak”, he said.

He told the gathering that an agreement with the International Monetary Fund (IMF) was signed but violated in the past, risking the whole programme.

The premier said the government was strategising to cope with the swelling needs of gas, considering the upcoming winter season.

He said the previous government failed to sign a gas purchase agreement when it was available at 3 cents per MMBTU comparing current 40 cents per MMBTU.

He said floodwaters were still causing destruction in Balochistan, leading to the collapse of houses and washing away crops.

He said even the availability of clean drinking water was a challenge for the flood-affected people.