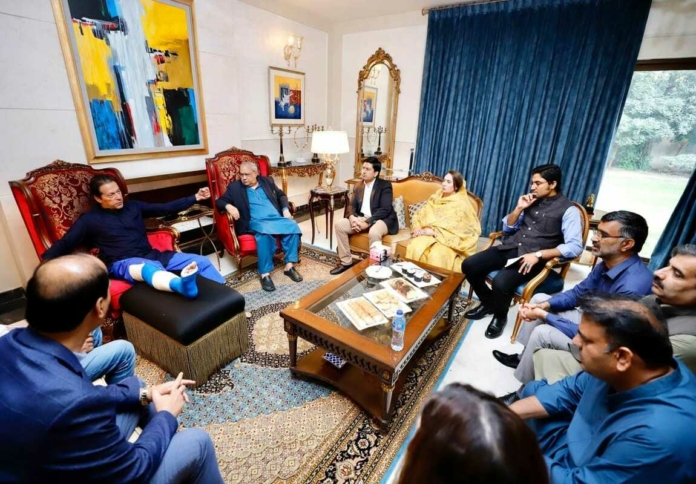 Pakistan Tehreek-e-Insaf (PTI) Chairman Imran Khan has said that he has no problem with the army as an institution but problems arose over accountability.

Speaking to anchor persons in Lahore today PTI Chairman told that he knew that his assassination attempt could be made in Gujranwala or Gujrat. He added that he knew that they would try to kill him; therefore, he had already recorded a video. He also said that he will challenge the FIR.

He said that the statements of the accused Naveed were based on lies. He also alleged that interior minister Rana Sanaullah of managing the investigation, according to a media report quoting the journalists present in today’s meeting.

Answering the question of extension of the army chief he replied that it was a million-dollar question. He also said that a coalition government should never be formed or you will always get blackmailed. He said that there should have authority with power. He said that the prime minister will be strong by a two-third majority only.