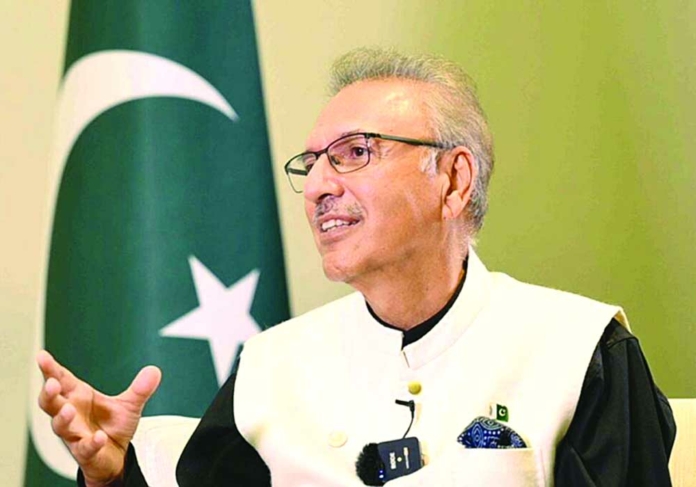 President Dr. Arif Alvi has confirmed his “backdoor” efforts to reach out to all political players and the powers that be in order to find a workable solution to end the chaos. However, he admits that his efforts haven’t yet yielded results.

This statement comes at a time of tense relations between the military establishment and the Pakistan Tehreek-e-Insaf (PTI), following PTI Chairman Imran Khan’s repeated accusations against senior military officers

President Alvi and Chief of Army Staff Gen. Qamar Javed Bajwa were both in Lahore on Saturday amid a tense political environment, and there was speculation that the two would meet “behind closed doors” for “negotiations” with Khan.

However, according to local media, no such meeting had taken place.

Dr. Alvi had already agreed to arrange at least one direct encounter between Gen. Bajwa and Khan at the Presidency a few months ago.

He added that he was also doing his share to ease tensions between the institution and Imran Khan, “I am working to develop ties between Imran Khan and the establishment.”

He also discussed the “mission” that his party chief had given him in relation to new elections. He said, “It would be preferable if new elections were announced.