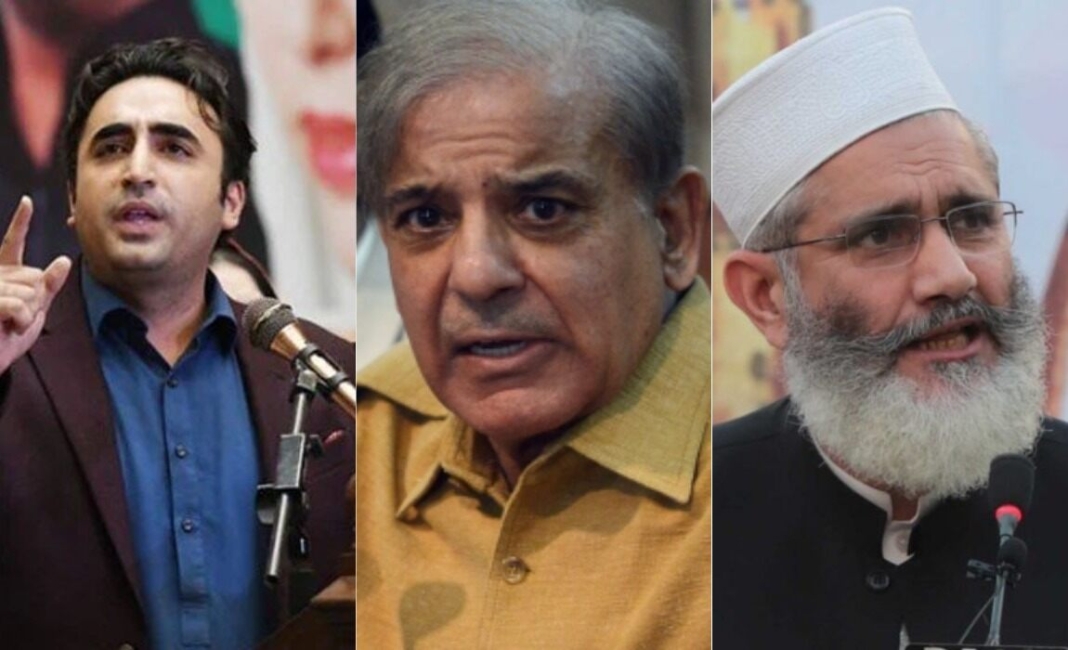 The opposition parties have rejected the recent increase in prices of petroleum products, demanding the government roll back the hike.

Leaders of Pakistan Muslim League-Nawaz (PML-N), Pakistan Peopleâ€™s Party (PPP), Jamiat Ulema-e-Islam-Fazal (JUI-F) , Jamaat-e-Islami Pakistan (JIP), Tehreek-e-Labbaik Pakistan (TLP) and other parties through separate statements and tweets criticized the governmentâ€™s â€œanti-masses policiesâ€. The opposition claimed the present set-up had failed to provide any relief to the people of Pakistan in three and a half years.

The government on Tuesday midnight increased the fuel prices by Rs10 to Rs12 per litre till February 28. It linked the hike to the increase in prices in the international market.

PML-N President Shehbaz Sharif said the Rs12 per litre increase in petrol was â€œanother brutal act of the corrupt and liar governmentâ€.

In a statement, he said the PML-N would not sit silent until the people got rid of the present set-up. The opposition leader in the National Assembly added that it was not merely an increase in fuel prices. Sharif said the ruling partyâ€™s move added up to the already alarming poverty ratio, rampant unemployment and inflation.

â€œImran Niaziâ€™s new Pakistan has no space for the poor,â€ said Shehbaz and reminded Prime Minister Imran Khan of his past claims to keep stable the petrol price at Rs46 per litre.

PPP Chairman Bilawal Bhutto-Zardari said the increase was the robbery on the pockets of the people and they would not accept it. In a statement issued by the Bilawal House media cell, he said Imran Khan had intensified the bombardment of inflation on the people.

â€œThe CNG stations have already been closed for three months and now an increase in oil prices will further raise inflation and food prices,â€ Bilawal said. The PPP chairman said the increase by â€œselected governmentâ€ was as big as a mountain, but there was never even a slight decrease in the prices.

Declaring the increase as economic murder of the people, Opposition Leader in Punjab Assembly Hamza Shehbaz claimed the corrupt government had put at stake the country by perpetually taking wrong decisions.

He questioned the government on whose agenda it was working on and robbing the poor after every 15 days. PML-N MPA Sadia Taimur also submitted a resolution in the Punjab Assembly against the increase. The resolution stated the government announced the hike on the direction of the IMF, demanding resignation of the prime minister. PML-N leader Ishaq Dar linked the hike to the dictated devaluation of rupee, saying it was unaffordable for the public.

â€œDictated Pak Rupee devaluation has landed Pakistani nation with unaffordable prices per litre of petrol products which have been increased by #ImranNiazi Govt to new peak,â€ the former finance minister said through a tweet and shared the latest prices.

Jamaat-e-Islami Ameer Sirajul Haq announced two-day protest demonstrations against the hike and said his party workers would record agitation on Thursday and Friday against the PTI governmentâ€™s anti-poor policies. In a statement, he demanded the government that it should immediately announce 50 percent decrease in prices of fuel and food items or be ready to face the wrath of masses.

TLP chief Saad Rizvi stated the government failed to provide any relief to the masses. In a statement, he rejected the increase, demanded its roll back and said the people were fed up of the government and wanted its end.

JUI-F spokesperson Aslam Ghauri criticized the government for â€œdeclaring war on poor peopleâ€ and claimed the masses would not tolerate the present set-up and wanted the government to go home as soon as possible.

Meanwhile, the public and goods transporters announced to increase the fares following the hike in fuel prices but they have yet to notify the new fare. Terming the hike inevitable to meet their running expenditures, the All-Pakistan Goods Transport Association and Transport Federation stated they would revise the fares for inter-city, intra-city and goods transport till late night.