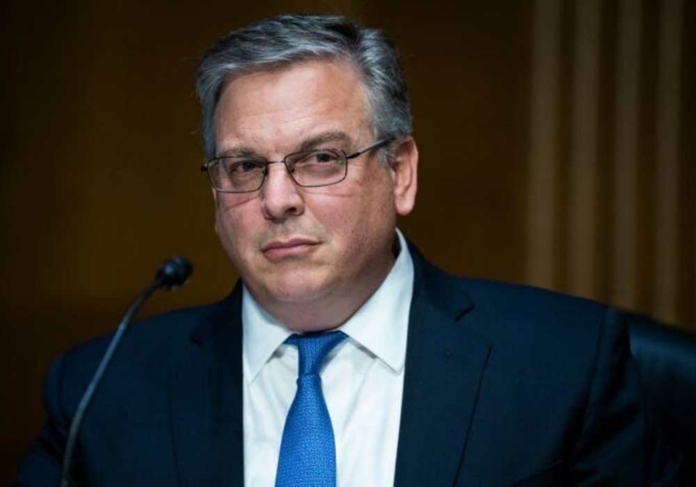 US ambassador Donald Bloome denied the allegations of regime change in Pakistan.

Donald Bloome, while talking to local newspapers described widespread conspiracy theories such as regime change as unfortunate, saying that America wants a long and very important relationship with Pakistan.

In response to a question regarding Pakistan’s request for an air base by the US, the US ambassador said that there was no discussion about the air bases.

While talking about US reservations about Pakistan’s nuclear program, the US Ambassador said that regional security is currently an important issue for Pakistan and its neighbours and the US is determined to cooperate in meeting the requirements.

The US Ambassador said that Pakistan needs to find ways to deal with its debt and that the US will work with Pakistan to defer payments, as Pakistan now changes its international trade pattern.

He further said that Pakistan is a place where international manufacturers can take important decisions and play an important role in the future of Pakistan.

The American ambassador to Pakistan-China trade said that the problem here is actually what kind of investment is being made in Pakistan. Is it on a fair and equitable basis?

He said that the current Pakistani government is looking for ways to put the economy back on track, and all investments in Pakistan, be it American or Chinese, should be made transparent and after equal scrutiny.