No ‘unilateral decisions’ will be accepted: Maryam 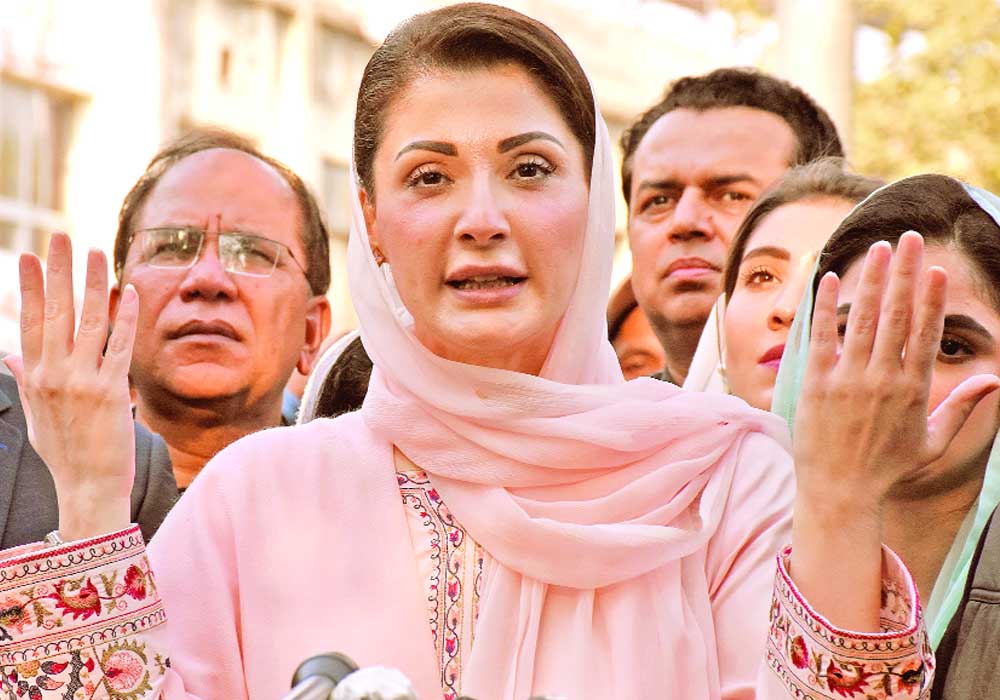 Pakistan Muslim League-Nawaz (PML-N) Vice President Maryam Nawaz Sharif Saturday said that her party should not be expected to bow down to “unilateral decisions”.

She was referring to apex court’s short order issued earlier in the day, wherein the top court suspended the Punjab Assembly deputy speaker’s ruling and restrained Hamza Shehbaz to exercise absolute powers and serve only as a “trustee” chief minister until the hearing resumed in Islamabad tomorrow (Monday).

The ruling came a day after PML-N won a dramatic victory against the PTI.
Warmed in the nick of time by a letter from PML-Q head Chaudhry Shujaat Hussain – instructing his MPAs to vote for PML-N’s candidate – Hamza was declared a victor after the deputy speaker ruled that PML-Q members’ votes were not counted in light of the party head’s letter.

According to Mazari, Hamza received 179 votes whereas Elahi garnered 176 votes, but only after 10 votes of Elahi’s party were not counted.

“If the house of justice also comes under the pressure of bullying, threats and insults, repeatedly makes specific decisions through the same bench and negates its own decisions then we should not be expected to bow our heads in front of such decisions. Enough is enough,” Maryam wrote on her official Twitter handle on Saturday.

The PML-N leader said that the current political chaos and instability began with a court verdict, through which an arbitrary interpretation of the Constitution was issued to not count the votes of those who voted voluntarily.

“Today, it is being reinterpreted so that the same ladla (blue-eyed) can benefit from it again like he had in the past,” she said, referring to former prime minister Imran Khan.