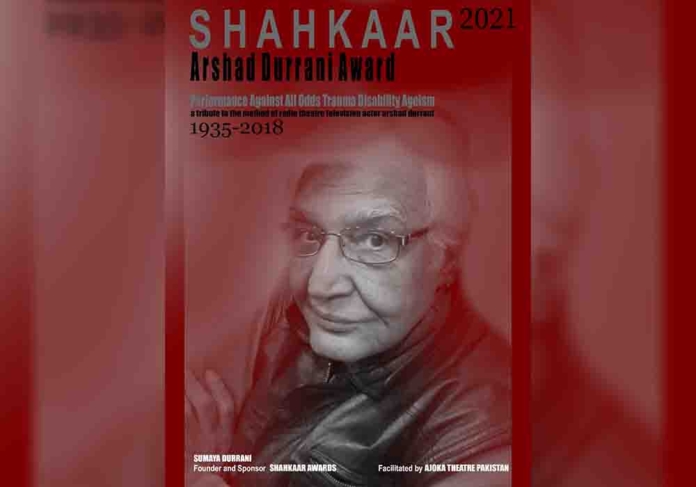 Ajoka Theatre has invited nominations for the second Shahkaar Theatre Awards. The awards have been instituted to acknowledge the contribution and perseverance of theatre practitioners and artists. 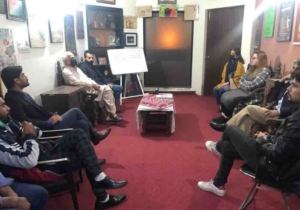 The 2nd awards were announced at a memorial meeting held to mark the third death anniversary of the late Arshad Durrani at Ajoka office. The meeting was chaired by Ajoka’s chairperson Zara Salman and attended by Ajoka members, friends of Arshad Durrani and students of Ajoka Institute’s acting class. Tributes were paid to Durrani for his undying commitment to theatre. Co-actors shared memories of his passion and willpower to keep performing despite illness and old age.

The Awards are in two categories: ‘Theatre Excellence’ and ‘Outstanding Contribution to Performing Arts Against All Odds’. The nominations can be submitted to Ajoka office with the supporting information by December 24. The nominations can be made by performing arts organizations and practitioners including those associated with Ajoka Theatre. A 7-member jury of eminent professionals will make the final selection. The awards include a cash award and a shield. 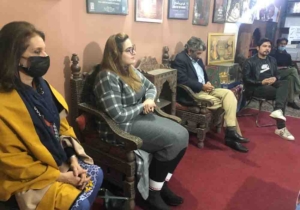 For ‘Theatre Excellence’, nominees should be under the age of 40 and have at least 10 years’ experience in socially meaningful theatre while for ‘Against All Odds’ award, preference will be given to nominees over the age of 50, who have been associated with performing arts for over 20 years.