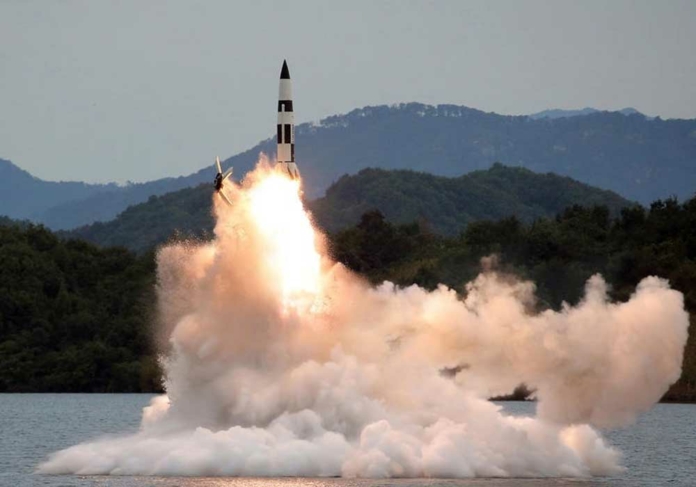 North Korea launched two more missiles on Sunday, just hours after a nuclear-powered US aircraft concluded joint exercises off the Korean peninsula, making it the seventh launch in two weeks.

As per a media report, the South Korean military stated on Sunday that it had detected two short-range ballistic missiles fired from the Munchon area in Kangwon province towards the East Sea (also known as the Sea of Japan).

The missiles “flew approximately 217 miles at an altitude of 56 miles,” according to Seoul’s Joint Chiefs of Staff General Kim Seung-kyum, who called the missile, launches a “serious provocation.”

North Korea claims its latest missile strike was a “simulation” of a nuclear attack on the South.

Japanese senior Vice Defence Minister Toshiro Lno said that one of the missiles might be a submarine-launched ballistic missile (SLBM).

Whereas, US National Security Council spokesman John Kirby stated that North Korea is not abandoning its nuclear weapons ambitions.

Earlier last week, joint drills by Seoul, Tokyo, and Washington enraged Pyongyang, which sees it as a threat of invasion and justifies its barrage of missile launches as necessary “countermeasures.”

Pyongyang stepped up its banned weapons programs, firing an intermediate-range ballistic missile over Japan last week, with officials and analysts warning that preparations for another nuclear test have been completed.