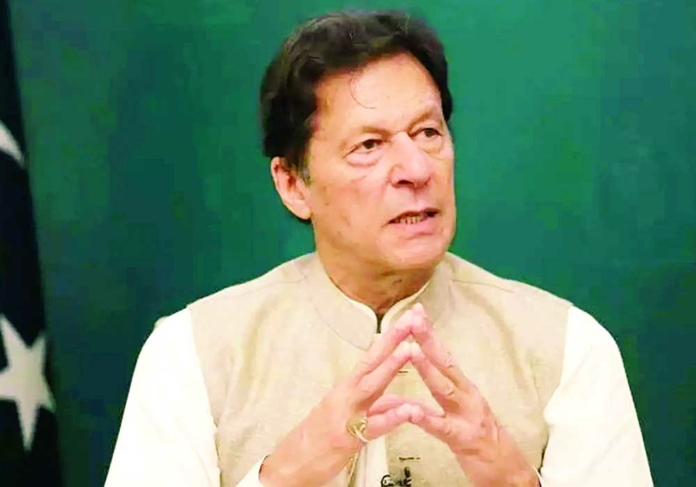 Pakistan Tehreek-e-Insaf Chairman and former premier Imran khan during his interview with PBS stated that not having an election in the country will leave the state in such a condition where it will be beyond anyone’s control.

PTI chairman while talking with PBS news hour stated that Public rallies are our democratic and constitutional right.

While talking about the reason for the rallies he stated that Financial markets within and outside Pakistan have lost their confidence in this government and all economic indicators are going down rapidly which can result in disaster.

While answering the question regarding the possibility of violence during the long march Khan stated that he has almost held 60 to 65 rallies and none of his rallies has ever been violent except the recent one when the assassination attempt took place.

Cricketer turned Politician also ensures that the Pindi protest will be completely peaceful.

Ex-cricketer while referring to economic chaos stated that this government has flopped.

In answer to a question regarding his government performance, he stated that Pakistan broke all records of exports and tax collection in his 3.5 years tenure.

In response to a question regarding his latest U-Turn about the US, Khan stated that the Pakistan-US relationship has been lopsided and we want a dignified relationship with the US.

He further added that the US has always seen Pakistan as hired guns.

Khan also added that the US is a democratic state and democracies accept criticism and I have my right to criticize.

While responding to a question regarding the Afghanistan situation khan stated that whatever is happening in Afghanistan is also affecting Pakistan and its economy so it’s important to establish peace in Afghanistan.

“The best way to engage with them is to bring them in mainstream and put pressure on them for human rights,” said khan.

“The women of Afghanistan, are strong enough to assert their rights. Give them time,” Khan added.

While answering to question regarding the ban on Afghan girls’ education khan stated that of course, it is important to end the ban.

“In Pakistan, in K.P., which is the bordering province to Afghanistan, we give special stipends to parents who send their girls for education. We believe firmly that it’s women’s education that builds societies,” said Imran Khan.