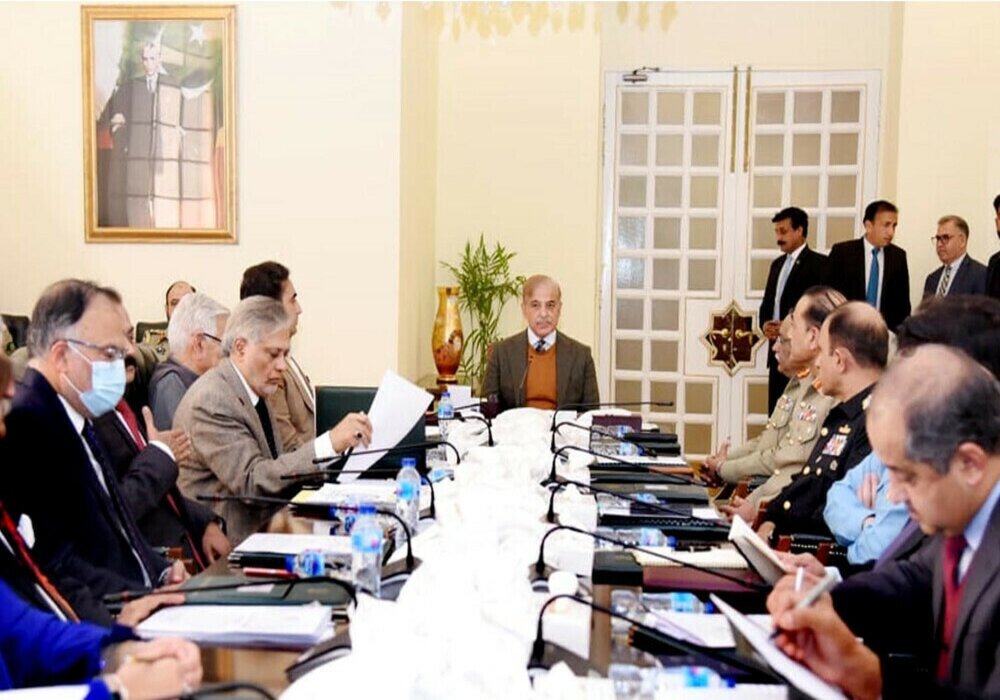 The National Security Committee (NSC) has once again resolved to bring the country out of the economic crisis and free from terrorism as well as approved various decisions for counter-terrorism.

On Monday the NSC decided to take harsh action against terrorists and upon taking important measures to halt the country’s escalating turmoil, to execute the National Action Plan (NAP) against extremism, the committee decided to consult with the provinces. Expansion in the National Counter Terrorism Authority’s function (NACTA) was also decided.

A meeting of the NSC was held under the chairmanship of Prime Minister Shahbaz Sharif. It was attended by the country’s political and military leadership. The participants included the Prime Minister, all service chiefs, Foreign Minister Bilawal Bhutto Zardari, Defense Minister Khawaja Asif, Finance Minister Ishaq Dar, Interior Minister Rana Sanaullah and other ministers, heads of intelligence agencies and other officials.

The meeting lasted for more than three hours in which various decisions were taken regarding the activities related to terrorism. The meeting discussed the country’s economic and law and order situation, TTP terrorist attacks and Pak-Afghan border issues including vulnerable areas.

The meeting was briefed about the incidents of terrorism in Balochistan and KP after which decisions were approved to carry out further operations against terrorists.

Finance Minister Ishaq Dar gave a briefing on the economic situation and approved the decisions taken in the last meeting.

Earlier, the Prime Minister Shehbaz Sharif chaired a meeting of the National Security Committee (NSC) on December 30 which was attended by federal ministers, service chiefs and heads of intelligence agencies. In the meeting, the participants expressed the unequivocal opinion that no national interest will be allowed to be disturbed nor will anyone be allowed to harm the key concept of national security.