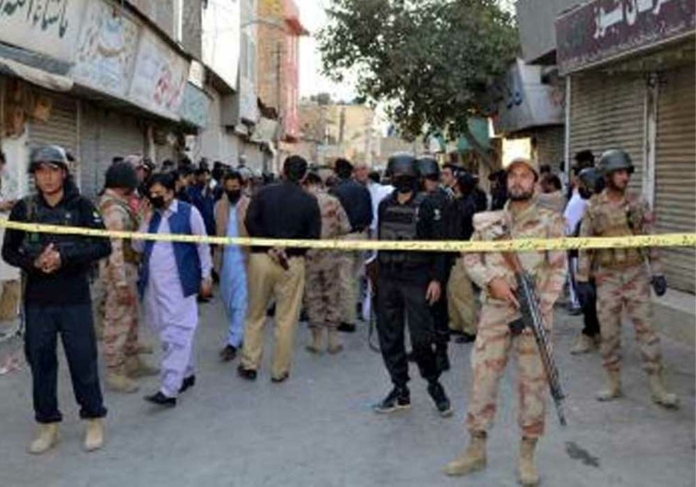 At least one person has died with 20 injured in an explosion in the market of Kohlu, Balochistan.

The police said that the injured were rushed to District Headquarters Hospital, while the site of the explosion was sealed for investigation. They said that one of the injured was in critical condition.

The Police SHO has said that it was too early to comment on the nature of the blast or its cause.

Several people were stuck under debris from the shop as a result of the explosion, and a rescue operation was underway.

The police stated that a bomb disposal squad was summoned that would ascertain the nature of the explosion.

More than 21 people were brought to the hospital, the medical superintendent of Kohlu District Headquarters Hospital, Asghar Marri, has said. He told that one person had died whereas 10 patients were in critical condition.

According to Balochistan’s Education Minister, Mir Naseebullah Marri, there had been imposed a medical emergency at the hospital where the injured were being provided timely medical treatment. He also stated that the injured could be shifted to Multan if their condition worsened.

Mir Zia Langhove, the advisor to the provincial Chief Minister, condemned the blast. He said that terrorists would not be allowed to succeed in their nefarious purposes.

Langhove has sought a report of the incident from the deputy commissioner of Kohlu. He also directed that all the injured should be provided the best medical treatment.