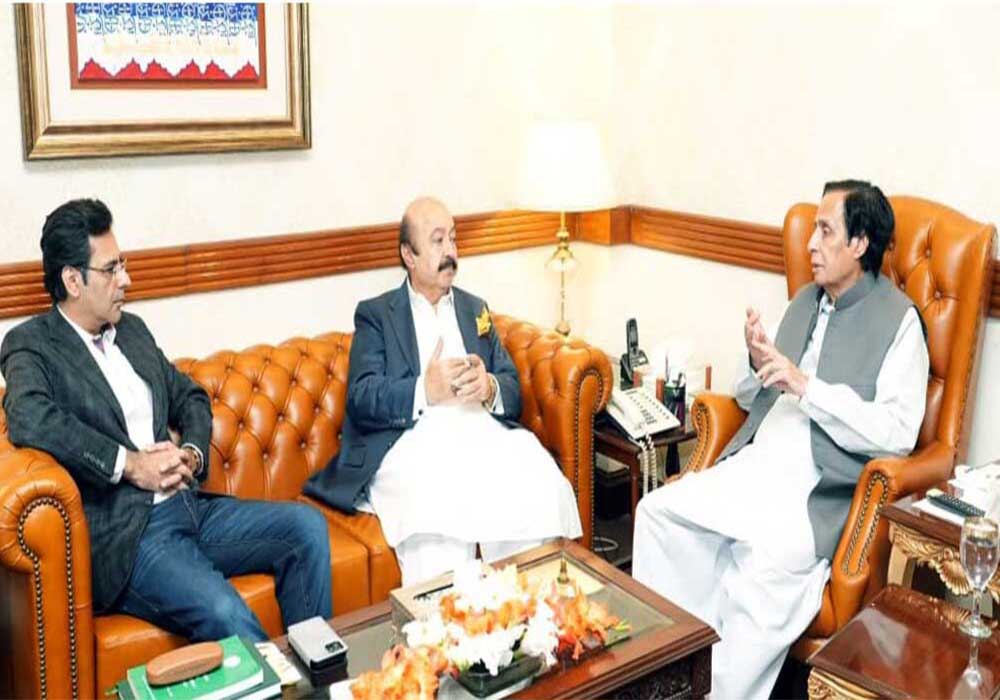 He was speaking to Punjab Assembly Speaker Sabtain Khan at his office. Former federal minister Moonis Elahi was also present.

According to reports, the current political situation and matters related to rules and regulations of the provincial assembly came under discussion.

The meeting resolved to counter what it described as any unconstitutional move of opposition parties in a befitting manner. “They (opposition) are making false and hollow claims as they don’t have the required numbers to table a motion of no-confidence,” he said, adding that there was no chance of governor’s rule in the province.

The chief minister said that Prime Minister Shehbaz Sharif has panicked ever since Pakistan Tehreek-e-Insaf (PTI) Chairman Imran Khan announced that he would dissolve the provincial assemblies.

Elahi vowed to stand by Imran Khan through thick and thin. “We are waiting for his (Imran) call to dissolve the Punjab Assembly.

Moonis Elahi said that Imran Khan is a true leader of the nation and a dynamic leader like him was found after a long period of time. “Those striving to create misunderstanding will meet failure.”

Sabtain Khan told the chief minister that the Muttahida Ulema-e- Board amendment bill along with the Punjab Empowerment of Persons and Disabled bill will be submitted in the next assembly session.

He added that legislation on the University of Quran and Seerat Studies bill will also be done. “We are united under the able leadership of Imran Khan,” he said. Punjab Assembly Secretary Inayat Ullah Lak also attended the meeting. Separately, MPA Khayal Ahmad Kastro and Ahmad Shafique presented a cheque of Rs25 million to the chief minister for flood relief efforts.

Speaking on the occasion, the chief minister said that the Punjab government was rehabilitation flood victims through its own resources and funds donated by philanthropists.  He stated that a comprehensive programme is being implemented for the rehabilitation and settlement of flood-affected people.

Moreover, the chief minister appreciated the armed forces for their role in flood relief efforts.

However, he slammed the federal government for “abandoning the flood victims of Punjab”. Meanwhile, Elahi said that special persons hold a special significance in the society. In his message on International Day of Persons with Disabilities, he said: “Special persons are our heroes and are proud of them”.