Claims PML-N habitual in horse trading; Imran’s companions proved they are not for sale 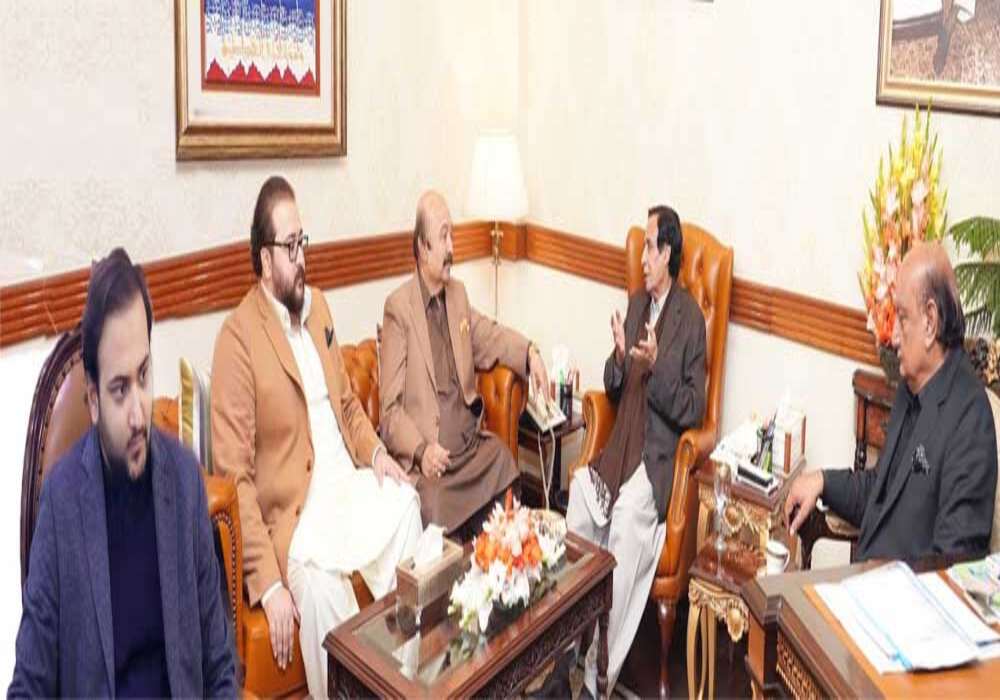 Imran Khan’s lieutenants have played an exemplary role and no party will find a leader like him, he said, adding that the PTI chief has all the qualities of a leader and his vision is very broad. “Imran Khan will not let Pakistan fall. Under the leadership of Imran Khan, Pakistan will continue to sail ahead without the oars. Imran Khan has dreamed of a new Pakistan and we will make it a success,” Elahi said. Meanwhile, he claimed PML-N is habitual in horse trading. Imran Khan’s companions have proved that they are not for sale. “Alongside this, I am carrying forward the vision of Imran Khan and restricted the thieves to their houses.”

While addressing the House after taking the vote of confidence from the Punjab Assembly, the CM thanked Imran Khan, PTI, PML-Q, Majlis Wahdat-ul-Muslimeen, independent MPA Bilal Waraich and lawyers for their full trust. I salute the courage, bravery and self-respect of the MPAs as they have decided according to their conscience without taking into account any pressure and greed, he maintained. From the day first, I have been saying that there is no need to panic but our opponents have panicked and are lying down after their defeat, he added.

They are beggars as Shehbaz Sharif boasts to arrange money by begging. In fact, Shehbaz Sharif, being the prime minister, has made the country a laughing stock by beseeching the world community. They are not worthy of the followers of the legacy of Quaid-e-Azam, he asserted and regretted that when PML-N and members of the Sharif family are caught, they portray sickness and become normal and healthy after leaving Pakistan.

The CM deplored that the federal government has doubled the inflation while the prices of flour have sky-rocketed. He said that the PML-N members had been making a boastful noise for the past month; even the accused of the Model Town tragedy was also sitting here. The PML-N members had brought a bridal procession from Islamabad but their palanquin was emptied here and the same was the fate of their cravings, he added. The PML-N has turned into a corner party of Raiwind. The faces of PML-N members turned black and they went back to lying down, the CM said.

The CM asserted that the PML-N did not even spare the poor governor and his respect was also compromised. Defeat should be accepted with courage but there is no respect for PML-N. They should be brave and accept defeat, he advised and noted that PML-N has rightly received a surprise. The CM announced that so much work will be done in the constituencies that the name of PML-N will altogether disappear. Thousands of jobs are being given by the provincial government and the Ehsaas Program will also be advanced, he announced and added that the alliance between PTI and PML-Q is invincible and would remain so. God willing, we would continue to jointly serve the people under the leadership of Imran Khan, he concluded.

Chief Minister Elahi chaired a consultative meeting in which Speaker Punjab Assembly Muhammad Sabtain Khan, Provincial Minister Raja Basharat and MNA Hussain Elahi attended.The present political scenario came under discussion along with overall political situation and future strategy was reviewed during the meeting. The Assembly Members were paid rich tributes for reposing their trust on CM Parvez Elahi in the Punjab Assembly. The chief minister while talking on the occasion stated that the Governor Punjab by withdrawing de-notification order endorsed our point of view. The CM maintained that the vote of confidence proceedings will be effective due to withdrawal of notification by Governor Punjab. CM denounced Rana Sanaullah “for making a nefarious attempt to distort facts and mislead the nation.” He said Rana Sanaullah is making an interpretation of judicial verdict of his own liking.

Also, Chief Minister Elahi chaired a meeting at his office to review the law and order situation in the province. He appreciated the improvement in the general law and order situation in the province adding that all resources were being provided to protect the life and property of the people. The safety of the people is a priority, he stressed and directed that indiscriminate action should be continued against criminals. Crackdown should be done indiscriminately against elements displaying arms, he said. Indiscriminate action should be taken on arms display and the law prohibiting the display of weapons should be strictly implemented. Action should be taken against such elements regardless of political affiliation, he added.