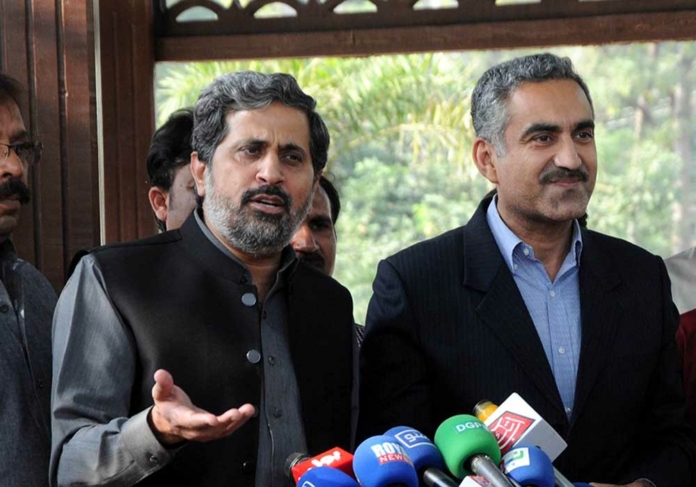 The opposition in the Punjab Assembly on Wednesday staged a walkout from the house over the suspension of 18 MPAs of the Pakistan Muslim League-Nawaz (PML-N).

PA Speaker Sibtain Khan had suspended the membership of 18 lawmakers for 15 sittings of the house for allegedly creating a ruckus in the house when a resolution against the Election Commission of Pakistan was passed last week.

The session of the assembly started after a delay of almost three hours behind its scheduled time with Sibatin Khan in the chair.

Speaking on a point of order, former two-time speaker and senior PML-N lawmaker Rana Iqbal said that no one bothers to count MPAs whenever they point out the quorum. “The assembly proceeding is illegal without the required quorum as there was only 46 MPAs present in the house during the last sitting, the former speaker said.

It is worth mentioning that 93 lawmakers are required to meet the quorum in the house of 371 but it had been witnessed on many occasions from the Press Gallery that the government ignores the quorum whenever pointed out by opposition MPAs.

Speaking on a point of order, PML-N chief whip Khalil Tahir Sandhu said that the house cannot be run without following the rules of business but the situation is different here. “You gave the decision on the basis of misunderstanding and it is your prerogative to review your earlier decision,” Sandhu said while urging the chair to call back all the suspended MPAs to the house.

Responding, Minister for Parliamentary Affairs Raja Basharat said that the house is being run as per the rules. “You didn’t speak when the sanctity of this house was damaged by allowing police to enter here. Support us in bringing a resolution to condemn police’s entry into the house,” Raja Basharat said.

A similar demand was raised by PPP parliamentary leader Syed Hassan Murtaza, who also requested the speaker to uplift the ban on 18 MPAs. “The suspension of MPAs is undemocratic. Mr Speaker, you are a reasonable man and I request you to bring back all the suspended MPAs,” the PPP leader said.

“They are the public representatives and the representation of their constituencies is being compromised by their suspension,” said PPP leader. The opposition staged a walkout from the house when their demands were not met by the treasury.

Earlier, three newly elected MPAs also took the oath of their offices. Faisal Niazi and Malik Muzafar of the PTI and Ch Iftikhar Bhangu of the PML-N took oath as MPAs.

Later, the house also passed a resolution to pay tribute to renowned journalist Arshad Sharif, who was killed in Kenya. “It is an attack on the press freedom and we demand a transparent judicial inquiry into his murder,” the resolution said.

The session was later adjourned to meet on 10th November Thursday at 2 PM.