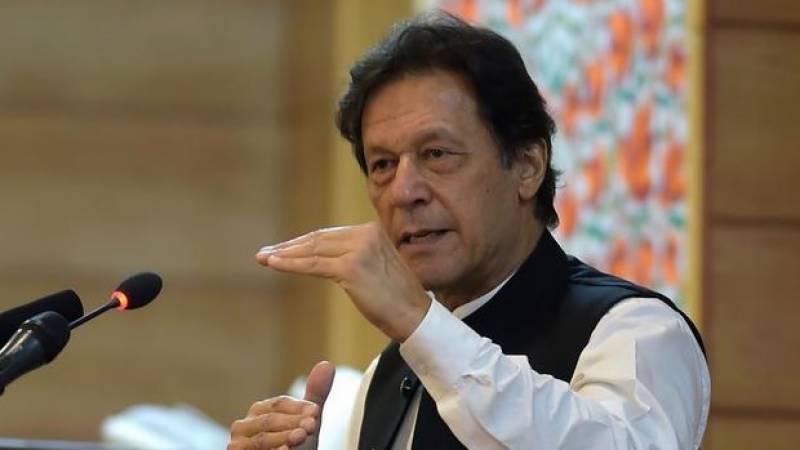 A lot of unforgiving questions were raised after Prime Minister Imran Khan on Wednesday announced a relief package that would take Pakistan one step closer to becoming a ‘welfare state’.

In a press conference, PM Khan announced that his government would offer a welfare package that would alleviate the hardships of his people. The package, PM Khan said, included a Rs120 billion subsidy program, which would allow up to 130 million people to buy food staples like ghee, flour, and pulses at 30 percent lower prices in the coming six months. He was grateful to Saudi Arabia, United Arab Emirates (UAE) and China for coming to Pakistan’s aid and not letting it default on its loans.

Opposition leaders were on the frontlines to critique PM Khan’s welfare package. Pakistan Peoples Party (PPP) Chairman Bilawal Bhutto Zardari said that the relief package was ‘nothing but a joke’. He stated that the price of subsidized products had risen manifold, like ghee, the cost of which increased by 108 percent. The PPP leader said that the 30 percent reduction in prices was too little to counter the inflation.

PM package is nothing but a joke. PM claims few families will benefit from 30%discount for only 6months on Ghee, Flour & lentils. In 3yrs Ghee increased 108%, Flour 50% & Gas 300%. 30% is too little, too late for 200 million ppl facing historic inflation, poverty & unemployment. pic.twitter.com/IZ8Ibp80n7

PPP Senator Sherry Rehman also called out PM Khan for his ‘bizarre speech’. Rehman said the blame for skyrocketing prices of commodities was placed on former governments, without PM Khan taking any responsibility for the current economic state. She furthered that PPP faced even higher international oil prices, yet the cost of fuel under PPP was lower than it was under the current regime.

Bizarre speech by the Blame Minister of Pakistan. Says all the unprecedented inflation, tsunami of oil,gas prices, essentials is becoz of the past govts & international markets.PPP faced higher global oil prices over 130 $ per barrel but local petrol was half of today prices

Pakistan Muslim League-Nawaz (PML-N) leader Marriyum Aurangzeb added to the opposition’s disdain for PM Khan’s speech and said that it would have been better if the PM announced his resignation as a relief for the people instead. Aurangzeb criticized the package as a ‘fraud’ that would reign in more inflation for troubled citizens.

Veteran journalist Mazhar Abbas said that PM Khan alluded that if ‘two families’ returned the money they looted, then inflation would reduce drastically. Abbas questioned what PM Khan had done during his reign even though he said he would take care of the said families.

Prime Minister Imran Khan has promised 50 per cent reduction in all prices if the 'two families' return half the money which they had looted. But, Mr PM you had promised to recover that money. What have done in three years ?

While many called out the pitfalls of the welfare package, others pointed out that PM Khan completely avoided the Tehreek-i-Labbaik Pakistan (TLP) situation in his speech.

Journalist Murtaza Solangi said that the PM failed to address the ‘disaster’ his government had created in the last 13 days.

Imran Khan did NOT utter a word about the biggest disaster of handling TLP his govt wreaked in last 13 days.

Journalist Benazir Shah echoed Solangi’s views and said that PM Khan failed to address the topic in his 22-minute-long speech, even though the government had signed an accord, details of which were yet to be publicized. She furthered that the government’s ministers had not even answered whether PM Khan was aware of the agreement’s details.

Looking at the three speeches he delivered during the TLP sit ins, the first one was coherent, forceful, and very clear in what the govt wanted.

The second had a far more moderate, conciliatory tone.

And in third, not a single second was spared in 22 minutes.

Solangi also jabbed at PM Khan for having said in his speech that the media must report on inflation with critical responsibility. Solangi sarcastically said that PM Khan had asked the media to make the people aware of the ‘real issues related to inflation’ and now he would do just that.

Thank you @ImranKhanPTI for asking the media to educate people about the real issues related to Pak economy. Now we will do just that. Hope you like it.
😜

Activist and educationist Ammar Ali Jan meanwhile pointed out the glaring irony in PM Khan’s speech that pointed out the grave economic crisis faced by the country. Jan said that the premier had announced relief for the people but simultaneously also said that rising oil prices were inevitable.

In a speech that is supposed to announce relief package for the poor, Imran Khan says it is necessary to further increase petrol prices and has warned of looming gas shortages. This explains the intensity of the economic crisis we face.

In his speech, PM Khan had said that oil prices would need to be increased further due to rising prices internationally. If not increased, the debt on Pakistan would increase, he added. To drive his point home, PM Khan quoted prices in other South Asian countries like India and Bangladesh, which he said were Rs250 and Rs200 per litre respectively.