PML-N says SBP has become a ‘local branch’ of IMF 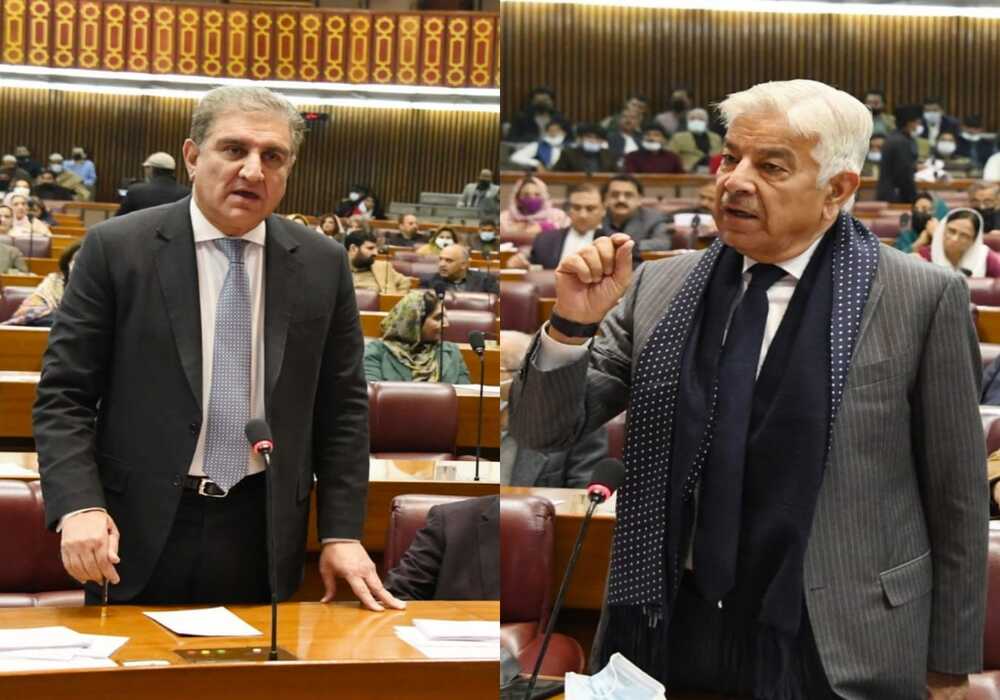 The opposition on Wednesday took the government to task over its plan to table the supplementary finance bill, a mini-budget, in the National Assembly, urging “everyone sitting in the House” to resist the move for the sake of the country.

A day earlier, the federal cabinet had deferred the approval of the supplementary finance bill, which was scheduled to be tabled in Wednesday’s session.

Speaking on a point of order, Pakistan People’s Party (PPP) MNA Raja Pervaiz Ashraf said that everyone in the House, as well as people from different walks of life, were concerned over reports that the government was planning to introduce a money bill or a mini-budget.

“Inflation, unemployment and the shortage of gas and other commodities have already wreaked havoc in the country. Now, if a mini-budget or money bill is in the offing, which would increase the people’s difficulties, then everyone sitting in the House should resist the move,” he said.

Taking the floor, Pakistan Muslim League-Nawaz (PML-N) leader Khawaja Asif said that the country saw a “territorial surrender” on December 16, 1971, which it eventually recovered from.

“The country has come out of that disaster. [But] now we are going to surrender our economic sovereignty through the finance bill and the State Bank of Pakistan (SBP) Amendment Bill, 2021, which is much worse than what happened in 1971.”

The PML-N leader claimed that the central bank had become a “local branch” of the International Monetary Fund (IMF). He said that the SBP governor was disguised as a “viceroy”, adding that Pakistan had become a “financial colony” of international institutions.

He said the government was unable to complete quorum for the fourth consecutive day, and claimed that it would again obtain votes through facilitators. He called on lawmakers to not surrender the country’s economic sovereignty.

Concluding his speech, Kh Asif said the country’s nuclear assets would be the next target. “After this, we will be stripped of our nuclear capabilities.”

National Assembly Deputy Speaker Qasim Khan Suri, who chaired the session, told the lawmakers that so far, no such bill had been presented in the House. “You can debate on the bill when it is presented,” he said.

When the deputy speaker gave the floor to Foreign Minister Shah Mahmood Qureshi, the opposition members pointed out the quorum and staged a walkout.

Suri then ordered a head count and declared that the quorum was complete. He gave the floor to the foreign minister for a second time, while members of the opposition returned to the House to participate in the proceedings. During his speech, Qureshi assured the lawmakers that the government would protect the country’s economic sovereignty.

He said that protecting the country’s economic independence was the joint responsibility of the government and parliament. However, the country’s macro-economic indicators did not become alarming during the last three years, he said.

Commenting on the point raised by Asif about the country’s nuclear assets, Qureshi said, “I want to say this on the floor of the House that there is, was, and will remain a national consensus on credible minimum deterrence.”

“We cannot neglect the defence of the country, and it is our priority to further strengthen it. We all need to work together to address the economic woes that Pakistan is facing today,” he added.

Talking about the quorum, he accepted that it was the government’s responsibility to fulfil it. He also urged the opposition to ensure the smooth functioning of the National Assembly, stating that pointing out quorum again and again would not benefit anyone.

Meanwhile, the Cabinet Division in its reply to the question raised by PML-N lawmaker Ali Gohar Khan informed the National Assembly that 169 motor vehicles, including 32 motorcycles, were auctioned during the last three years.

It may be mentioned here that the National Assembly could not take up the legislative business, four resolutions, 25 reports of standing committees and amendments to the rules of procedure and conduct of business. The House conducted the ‘question hour’, while two calling-attention notices could not be taken up. After the prayer break, Qasim Suri announced to adjourn the House to meet again today (Thursday) at 4 pm.