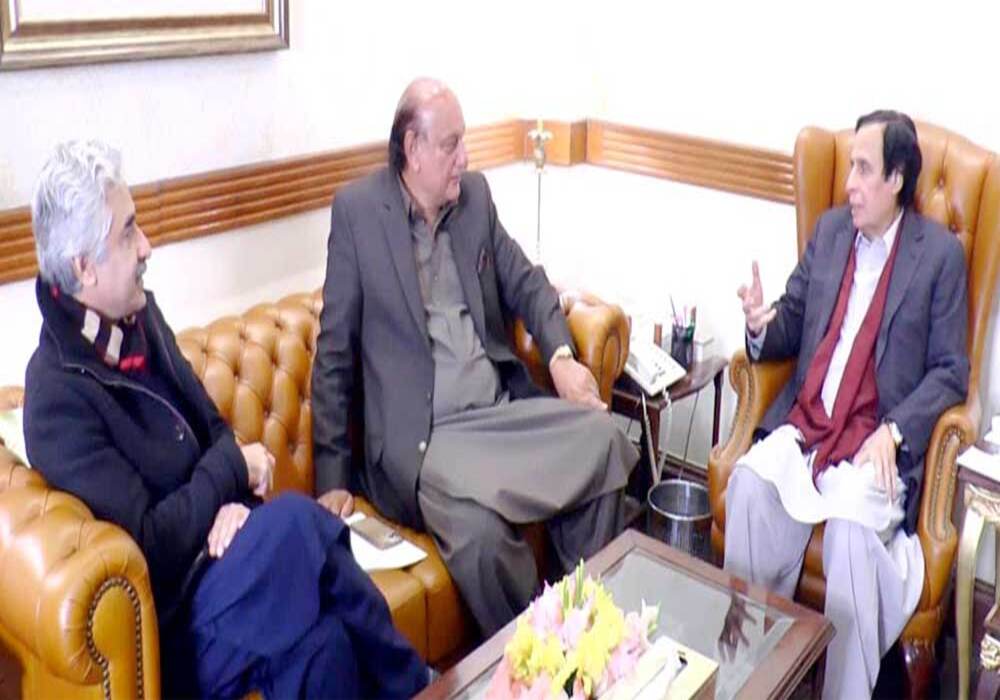 The committee comprising Raja Basharat, Mian Aslam Iqbal and Hashim Jawan Bakht will do negotiations with an open heart. CM outlined that we would strive to reach a consensus on the name of Caretaker Chief Minister as soon as possible. CM maintained that a caretaker Chief Minister will be the one on whom no one can point a finger. Also, Chief Minister Elahi gave Rs 10 million cheque to the delegations of Talagang district and tehsil bar associations which called on him at the CM Office.

Separately, a batch of under-training ASPs of the 49th specialized training program called on Chief Minister Chaudhry Parvez Elahi at his office.

The CM noted that a better police attitude towards people would earn and enhance institutional respect at the grassroots. Human dignity should be honored in police stations, he suggested and maintained that no one could fire the ones who deliver and ensure good governance. “Police officials are part of this society, the more you serve the people, the more respect you earn,” he added. Along with hard work, prayers of the family members also help to get through the competitive exam, Parvez Elahi said.

The CM stated that the police will be given drones and other modern equipment, including modern armored vehicles, to deal with criminals. The CM added that registration of FIRs is a public right. Those failing to register FIRs would be liable to be punished. Parvez Elahi said that a special force is being formed to deal with drugs in educational institutions. Similarly, reform would be introduced to transform jails into rehabilitation centres. Alongside this, education has been made free up to BA and rescue 1122 emergency service has been upgraded, he concluded. Muhammad Basharat Raja, Chief Secretary Abdullah Sumbal, ACS (Home) Asadullah Khan, former principal secretary GM Sikandar, Secretary Information Saulut Saeed and police officers were also present.