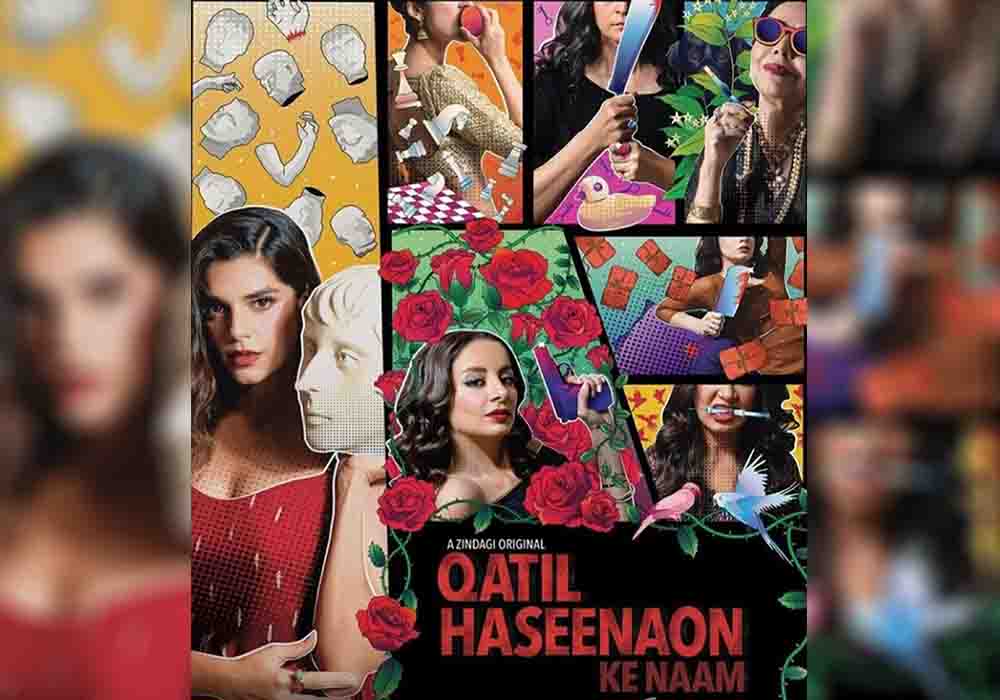 The much awaited ‘Qatil Haseenanon Ke Naam’ released its OST on Sunday, five days prior to the project’s release on an online platform.

While the trailers had already insinuated a series set within the framework of what we refer to as a revenge tragedy, the original soundtrack stretching a little over two minutes depicts at length the kind of subject matter ‘Qatil Haseenaon Ke Naam’ will be probing into.

Carrying a dusty-green onscreen look, probably a deliberate camera effect to give out the idea that looking at the brighter side of things is certainly not the agenda of the series, the OST provides glimpses into multiple riveting scenes. Almost all of them are filled with unapologetic behaviours on the part of the female characters, who in no way are ready to succumb to a patriarchal society’s ways. There’s sex, there’s murder, there’s drug-intake, there’s revengeful attitude, precisely all that is boasted of by men, and all that women are asked to stay away from.

The vocals too, carry a voice that isn’t shrill at all. The theme of the series is well-complemented by a background score that refuses to sound feminine, but is strong and makes itself heard, reiterating the title, ‘Qatil Haseenaon Ke Naam’, thus emphasizing that it is a tribute to the strong-headed women out there.

The song has been composed by Ali Sethi and sung by Farheen Raza Jaffry. Farjad Nabi happens to be the lyricist, while its production has been handled by Anthony Soshil and mastered by Ahmer Kenneth.