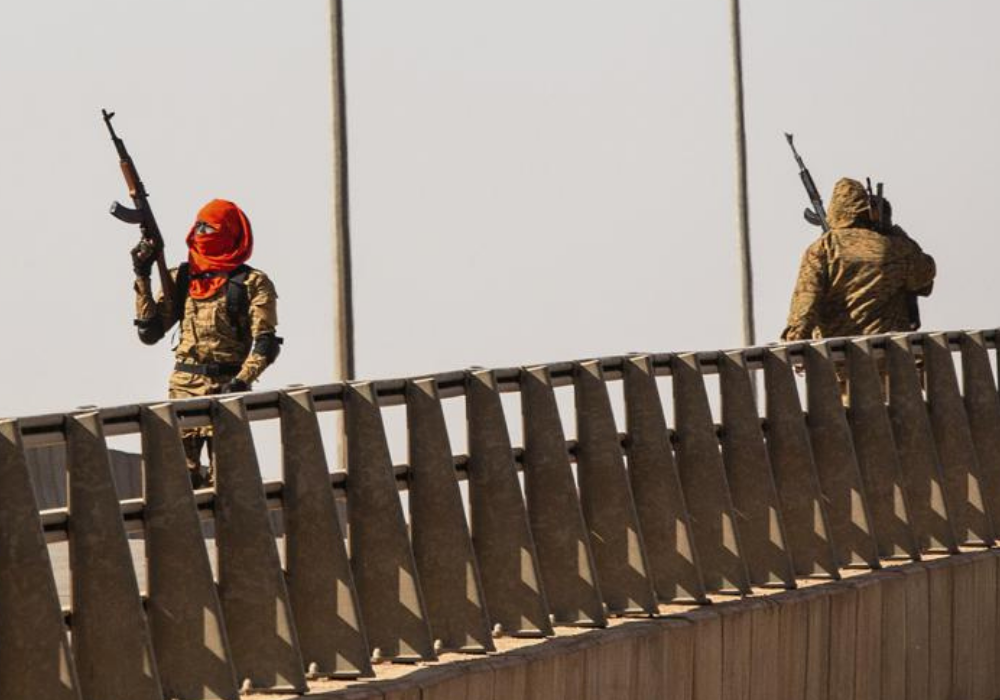 The military coup in Ouagadougou is just the latest in a new series of putsches in West Africa following the apparent consolidation of democracy in the region.

According to the BBC, almost five months following the arrival of troops in khakis on state television in Conakry to declare the ouster of Guinean head of state Alpha Condé from power, the performance was replicated on Monday in Burkina Faso, as the army announced the removal of the country’s President Roch Kaboré.

The president’s removal comes on the heels of the double-coup in Bamako, where military soldiers toppled President Ibrahim Boubacar Keïta in August 2020.

They assured the West African body ECOWAS (Economic Community of West African States) that they would hold elections by September, but in May the next year they carried out another coup to reaffirm authority upon the progress to democracy and subsequently laid out schemes to maintain their control for nearly half a decade more.

Despite the fact that western Africa was an area where legal multiparty civil affairs of state had been the standard, nearly every state was at least officially a democracy, though a few elected leaders, after assuming power, bent the laws to sustain their hold over power.

At the moment, three associates of ECOWAS are subject to the control of the army.

The question this situation raises is whether the bygone period of army dictators is returning from oblivion? The situation is a bit more complex than that.

Guinea was forever an exception – having an extended history of grim rule and authoritarianism. Former Guinean president Alpha Condé was chosen as the first elected president more than a decade ago but became very authoritarian, changing the law to permit himself to become a candidate for a third presidential run in 2020 and arresting an increasing number of rivals.

His ouster in September 2021 by troops pledging a comprehensive changeover to real democracy, was greeted with near-unanimity by Guineans; there was hardly a tinge of remorse in even his own organization.

On the other hand, in Ouagadougou, likewise in Bamako, it is the Islamist militant fallout that has unambiguously deployed an unsettling record.

The persistent details of jihadist assaults provoking mass indignation on city streets and dissatisfaction among troops who believe they are being dispatched, relatively unprepared, inadequately paid or even fed, to carry on the fight against terrorist outfits that leave nothing to chance.

The Burkina Faso coup earlier this week – as the 2020 putsch in Bamako, or even the last 2012 army coup in that state – is an eruption of rage by the junior officers who put themselves in danger at the forefront of a savagely unyielding war.

The former Burkinabé president was chosen in November 2015 following protests from below that had put paid to the prior dictatorial government. In 2020 he was easily chosen for a second presidential run, in a widely free and really popular election.

Subsequently he contended with a meteoric drop in approval as trust in his capability to solve the aggravating Islamist terrorism vanished.

Almost three month afterwards, Kaboré has been overthrown and under army arrest.

Niger, which is also facing the same militants as Bamako and Ouagadougou, could too confront the danger of a military coup.