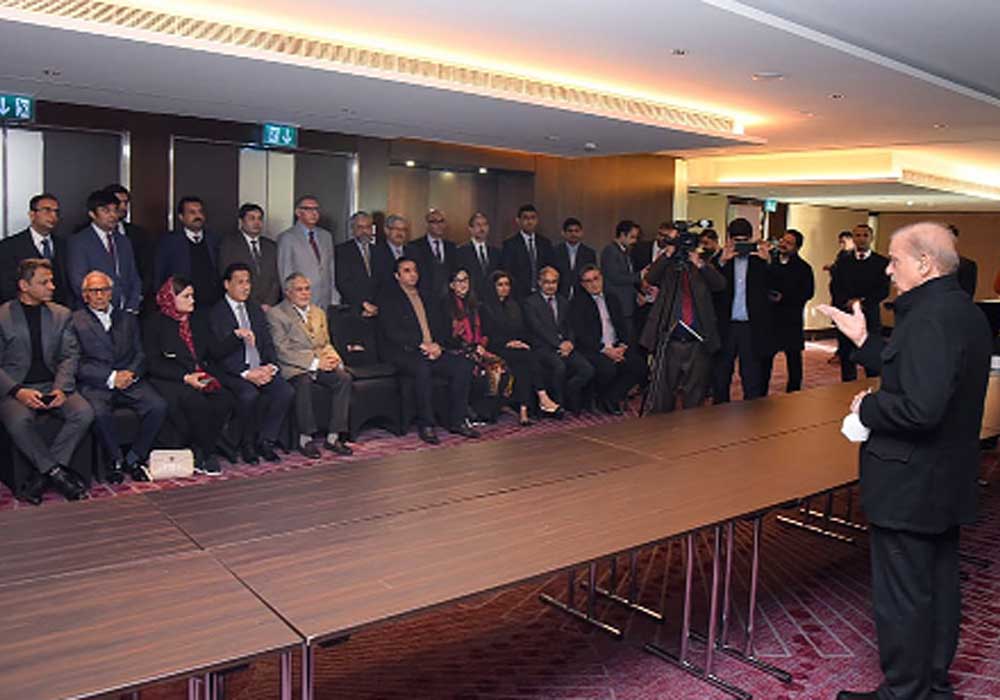 Prime Minister Shehbaz Sharif on Tuesday said more than $9 billion in pledges made by the countries and development partners showed their confidence in Pakistan’s coalition government.

“As ‘Team Pakistan’, this success is an achievement for the coalition government and the nation,” the prime minister said in a statement as he co-hosted a daylong conference on the reconstruction and rehabilitation in the wake of the country’s summer floods in Geneva. Shehbaz lauded the contribution of all concerned ministries and departments in making Geneva’s Resilient Pakistan Conference a success.

In a statement, he said this huge amount is not less than a divine help and a success of unity of federating units and 220 million people of Pakistan. He expressed the commitment to steer the country out of quagmire of crises with the same spirit of teamwork. He assured that as a trust, the financial assistance would be provided to the deserving through a third-party audit.

“People of Pakistan will forever remain grateful,” Shehbaz said. He described the conference as a “resounding success” and thanked the heads of state and government, the European Union, and the United Nations for helping Pakistan in times of crisis. “The world witnessed yesterday how the nations can come together in a show of solidarity to create a model of win-win partnership to lift suffering humanity out of tragedy. I was deeply moved by the compassion on display at Geneva Conference.”

Shehbaz mentioned the special financial support extended by Saudi Crown Prince Mohammad Bin Salman, besides the pledges at the conference. He also highlighted the support of the leadership of China, Turkiye, the United Arab Emirates, Qatar, the European Union, the United States, Germany, Japan, France, and other countries to help Pakistan overcome the post-flood challenges.

The prime minister earlier in a tweet said the climate crisis had severely threatened nations’ capacity to achieve Sustainable Development Goals as a return to business-as-usual was out of the question. “World needs to employ vision and solidarity for transition to a sustainable future of hope. The darkness of disasters should be replaced by the light of opportunity,” he said.

He mentioned that in his address at Resilient Pakistan Conference, he outlined the recovery, rehabilitation, and reconstruction requirements of the country over medium to long terms. “I explained how flood ravages have caused learning, health, and infrastructure losses. I alerted the world to spectre of food insecurity,” he said.

Dozens of countries and international institutions pledged more than $9 billion to help Pakistan recover and rebuild from devastating floods that the United Nations chief called “a climate disaster of monumental scale.” The flooding killed more than 1,700 people, affected 33 million people, destroyed more than 2 million homes, and submerged one-third of the country at one time.

The country’s post-disaster needs assessment (PDNA) and development partners estimated that the economic losses from the floods exceeded $30 billion. The floods pushed an additional 9.1 million people below the poverty line. Pakistan hopes that about half the $30 billion will come from the international community.

The pledges exceeded Pakistan’s goal. “Today has truly been a day which gives us great hope,” said Hina Rabbani Khar. “The message from the world is clear: the world will stand by those who go through any natural calamities and will not leave them alone.”