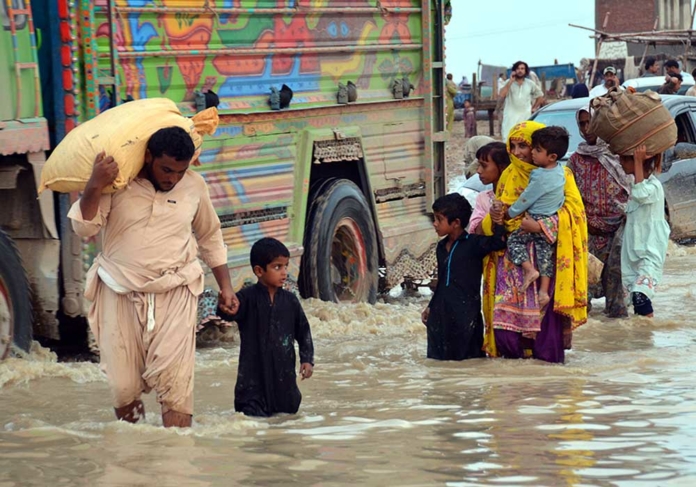 The National Flood Response and Coordination Centre (NFRCC) on Thursday informed that the government had disbursed some Rs 48.60 billion in lieu of emergency flood relief cash assistance of Rs 25,000 per household among 1,943,907 flood victims so far.

According to the NFRCC central dashboard highlighting the Flood Response Management 2022, the government had earmarked a total of Rs 68.99 billion to provide emergency cash relief to a total 2,759,601 flood victims. However, the cash disbursement was underway on daily basis where some 815,694 were remaining as per the Benazir Income Support Programme (BISP) data and the available remaining funding was Rs 20.39 billion.

The devastating torrential rains have damaged some 2,056,805 houses, washed away 410 bridges and 13,074 kilometers road network across the country from June 14 till date after the onset of the monsoon season. However, in the past 24 hours some 7,273 more houses were reportedly damaged in various incidents in flood-hit areas. The torrential rains had caused some 1,666 deaths and injured 12,864 including men, women and children. Some 84 districts were declared as calamity-hit with the maximum of 32 districts in Balochistan, 23 in Sindh, 17 in Khyber Pakhtunkhwa, nine in Gilgit Baltistan and three in Punjab.

Turkey’s leading Albayrak Group in coordination with Turkey’s Disaster and Emergency Management Authority (AFAD) and Pakistan’s National Disaster Management Authority (NDMA), has dispatched 4,000 tents to disaster-stricken areas in Pakistan that were battered by severe flooding. According to Director Albayrak Group Cemil ?enocak, the Albayrak group closely monitored the unfolding flooding disaster in Pakistan from the very beginning and took action in coordination with the AFAD and the NDMA.

?enocak further said, “We provided our support to supply 4,000 tents to flood victims. We have paid particular attention to the fact that the dispatched 16m2 by 12m2 tents are durable for the winter season. The first batch of the tents was dispatched to the Dadu city, Sindh Province, where the flooding was particularly severe. We are cooperating with the NDMA, and we are trying to reach out those with the guidance of these departments. They will ensure that the remaining tents are set up in the most suitable places as soon as possible”.