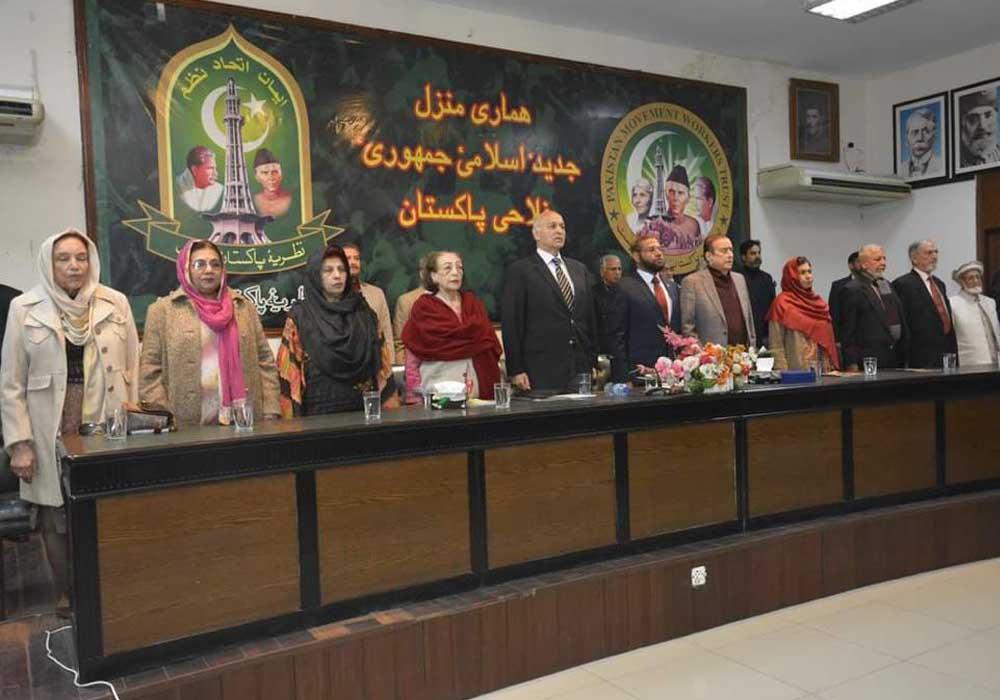 Terming ACM Aman an ‘authentic Pakistani hero’, Senator Mushahid Hussain, Vice Chairman of Nazriya Pakistan Trust (NPT), said the Quaid e Azam through his leadership based on ‘character, courage and commitment’ had set a unique example which inspired the Muslim masses and led to the struggle which created Pakistan. ‘Thanks to the Quaid e Azam and the founding fathers, we are today living as free citizens of a free country’, Mushahid Hussain said, underlining that ‘the Nation must honour its heroes who are role models’ for the people of Pakistan. He said the ‘people of Pakistan have guts and the spirit but they are let down by weak leadership’.

Senator Mushahid Hussain lauded Air Chief Marshal Sohail Aman for building a modern fighting force in the form of Pakistan Air Force, which gave a befitting reply to Indian aggression against Pakistan in Balakot in February 2019, which was ‘Pakistan’s finest hour, along with the nuclear tests in May 1998’. In his speech, Air Chief Marshal Sohail Aman spoke of ‘passion and determination’ as key elements of leadership and added that the Quaid e Azam proved through creation of Pakistan that ‘nothing is impossible’.

He also mentioned that Pakistan’s superior strategy and decisive leadership had humbled India during ‘Post-Pulwama Crisis’ in February 2019, when ‘we had 8 Indian aircraft within our grip, with electronic warfare tracking their every move and we have could have taught them a bigger lesson, but we didn’t want to escalate’.

Presiding over the meeting, NPT Senior Vice Chairman, Mian Farooq Altaf, talked about various attributes of the Quaid e Azam’s leadership, his impeccable integrity and his honesty, and his uncompromising stand on Pakistan, adding ‘the Quaid gave all his property to educational institutions and his family derived no benefit from the creation of Pakistan’.  Conversely, today he warned against ‘worshipping power and money’, as character was more important than these worldly material possessions.

The meeting began with an Introduction to Nazriya Pakistan Trust by its Secretary, Naheed Gill, while the Trust Additional Secretary Saifullah Chaudhry conducted the proceedings, which included Tilawat from Holy Quran, Naat, National Anthem and a popular anthem acclaiming the leadership of Quaid e Azam, ‘Millat ka Pasban hai Muhammad Ali Jinnah’. A packed audience of 200 plus persons heard the speeches with rapt attention.