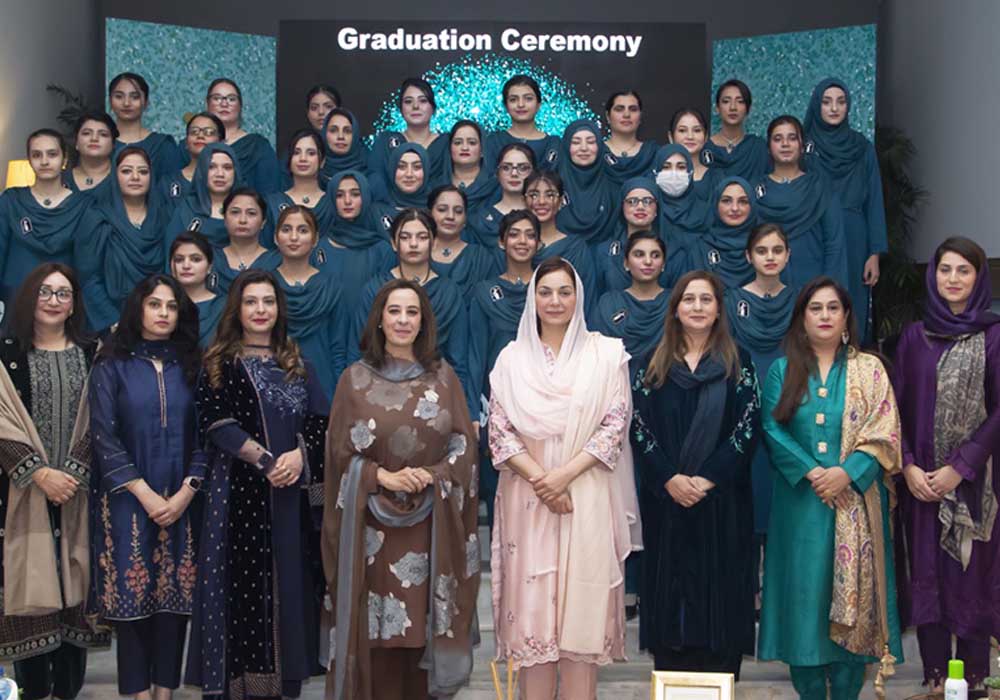 Graduation Ceremony of the 52nd batch of PAF Finishing School was held at the Officers’ Mess, PAF Complex Islamabad. Begum Marium Baber President Pakistan Air Force Women Association (PAFWA) & Patron-in-Chief of PAF Finishing School was the chief guest on the occasion. The Chief Guest awarded certificates to the graduating students. She congratulated the students on successful completion of their personality development programme. She also praised the standards of training at the institution and lauded the efforts of the faculty members in grooming the womenfolk of our society. Earlier, Director Finishing School Ms. Zeba Shaukat presented a report highlighting the main aspects of the training which are aimed at transforming young girls into useful members of society. Established in July 1996, PAF Finishing School is the first of its kind in Asia, offering various courses in communication skills, languages, management, art of self-presentation, domestic sciences, general culture, cuisine, protocol art, child care, introduction to psychology and spiritual enrichment. The school is an initiative of PAFWA for the grooming of young girls and the promotion of education in the country.