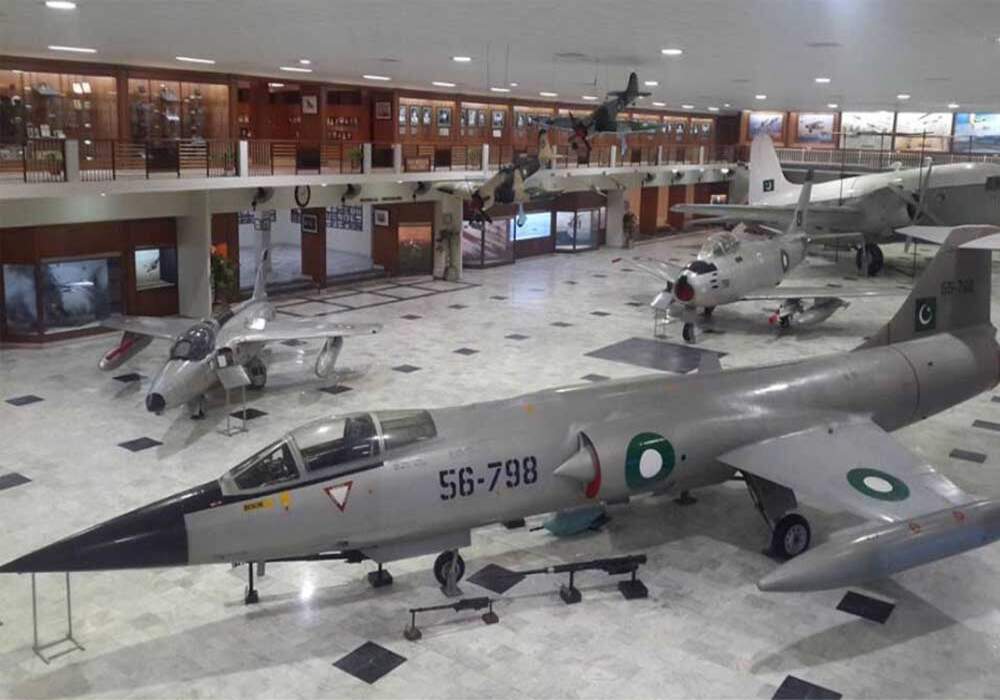 On the occasion of the 57th defence day of Pakistan, fighter jets of Pakistan Air Force (PAF) pilots have been displayed at the PAF Museum’s Archives Gallery to represent the respect earned through their abilities.

M.M. Alam had shot down four out of five Indian aircrafts in less than 30 seconds on September 7. He had brought down nine aircrafts of Indian Air Force whereas two were damaged by him. This has been a record in history that has not yet been beaten. He had earned Sitara-i-Jurat twice for his valor and courage.

An F-104 Starfighter that had flown for 246 hours and 45 minutes during the 1965 Indo-Pak war has also been put on display in the museum.

The museum also keeps the uniform and remains of Mig-29 of Indian Wing Commander Abhinandan’s uniform as a war trophy.

Indian Air Force’s Gnat has also been made part of the display. The Gnat had surrendered in 1965 near Sialkot. Picture of captured Indian pilot Squadron Leader Brigadier Pal Singh have been displayed along with the Gnat.

On Sept 3, 1965 two Starfighters that were flown by Flight Lieutenant Hakimullah and Flight Officer Abbas Mirza took off from Sargodha and had intercepted four Indian Gnats, of which one was made to surrender by the F-104 Starfighter.

India does not have a single Pakistani fighter jet to be shown as their war trophy.