Paid in the same coin 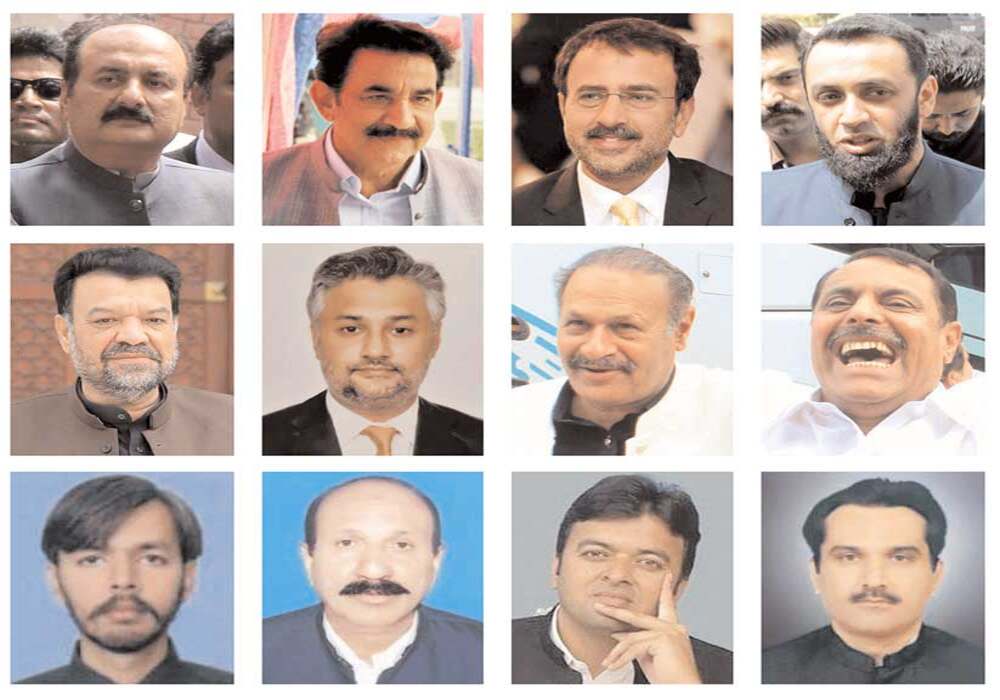 A judicial magistrate on Friday issued non-bailable arrest warrants for a dozen PML-N leaders, including the prime minister’s special assistant Attaullah Tarar, in a case related to creating ruckus inside the provincial assembly.

Judicial magistrate Muhammad Mudassir Hayat issued the warrants for arrest of the PML-N lawmakers. As the hearing commenced, an investigation officer of Qila Gujjar Singh Police Station appeared before the court and submitted that the PML-N leaders deliberately refused to cooperate with the police in a case registered against them with the police station.

“We have repeatedly asked the PML-N lawmakers for cooperation in the case but they have deliberately refused to show up,” said the IO, pleading with the court to issue their arrest warrants so that the process of investigation could be completed.

The police had booked the PML-N lawmakers in a case related to hooliganism inside the provincial assembly on April 16 – the day a session was called to elect a new Punjab chief minister.

The PML-N leaders were booked under sections 324 (murder attempt), 353 (assault or criminal force to deter public servant from discharge of his duty), 186 (obstructing public service) and 427 (causing damage).

After the court permission, the police conducted raids at the residences of different PML-N leaders, including Attaullah Tarar, Rana Mashhood Ahmed Khan, Saiful Malook and Mirza Javed, but they were not present there.

Rana Mashood also confirmed the police raid in a statement, saying that the cops returned as he was not present at home. CCTV footage also showed the police conducting a raid at the residence.

He said that it was nothing but “revengeful tactics”, adding that he had information that the police would conduct more raids but they would not bow down before such tactics and would face the cases.

Reacting to the same situation, Attaullah Tarar also called it “political revenge”. He also stated that they would not succumb to the pressure tactics and would face the situation with courage. PML-N leader and former Punjab chief minister Hamza Shehbaz also condemned the PTI government’s action, saying that such actions were nothing but reflection of dictatorial approach.

He said that these brutal tactics by the fascist government could not shake the morale of the PML-N and such a vindictive approach could not cause any damage to their democratic spirit.

Just a week ago, police raided Tarar’s residence but he was not there and later a court barred the police from harassing him and other PML-N leaders. The police also launched a crackdown on the PML-N leaders but they moved to safer zones in Islamabad – where the PML-N and its coalition partners are in power.

Meanwhile, a judicial magistrate of Islamabad ordered the authorities to conduct another medical analysis of PTI leader Shahbaz Gill and keep him in the hospital until Monday (August 22), in a sedition case registered by Kohsar Police Station.

The court order said that the two-day physical remand of the accused had not started yet, so it rejected the request of the prosecution for further eight-day remand.

Gill was produced before the court of Judicial Magistrate Raja Farrukh Ali Khan by the police amid foolproof security arrangements. The court said that the accused seemed not well as he was suffering from asthma, and instructed to conduct his medical examination again.