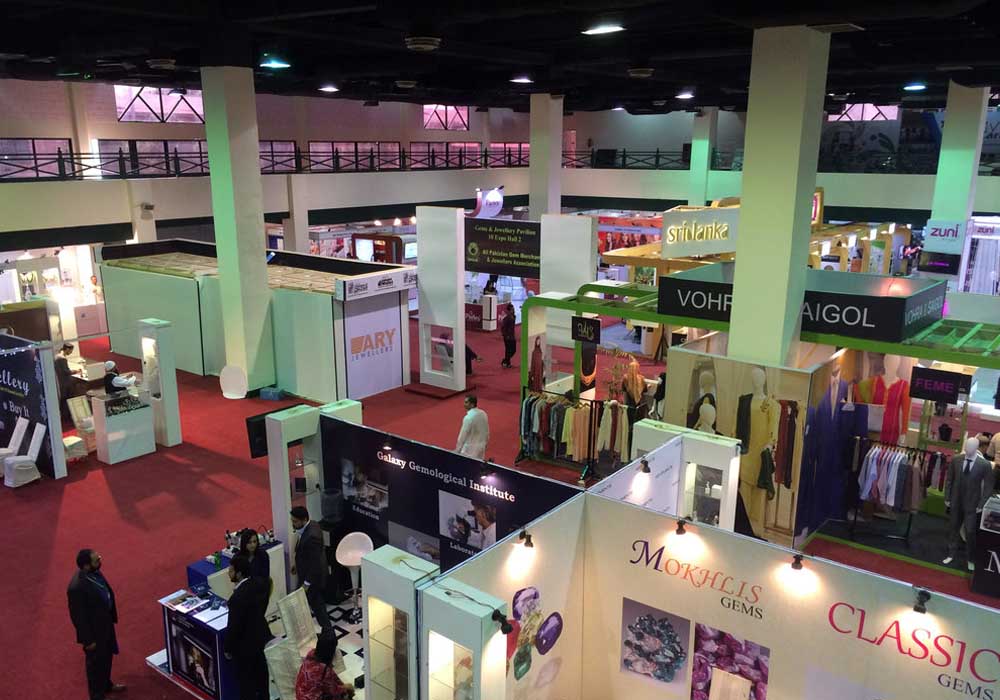 Speakers at an exhibition on Wednesday said that the ‘Pakistan-Iran Trade Exhibition’ will help bring the business community of both countries closer and promote mutual investment.

Addressing the Pakistan-Iran trade exhibition, the speakers said that Pakistan and Iran are located at an important geo strategic position, which will facilitate the development of regional trade and the achievement of Geo-economic goals by the countries of the region. A three-day,’ Pakistan-Iran Trade Exhibition’ is being organized here from August 24-26 with the aim of enhancing cooperation between the two countries for mutual trade and investment.

This trade exhibition was organized under the auspices of the Embassy of Iran in Islamabad with the support of Iran National Innovation Fund and Ministry of Labor and Social Welfare Iran. Meanwhile addressing the Pakistan-Iran trade exhibition on this occasion, Ambassador of Iran to Pakistan, Seyed Mohammad Ali Hosseini said that the purpose of the Pakistan-Iran trade exhibition is to increase cooperation in the fields of trade, industry and investment in both countries. The Ambassador said that such trade and industrial exhibitions and conferences in both the countries will prove helpful in bringing the business communities of both the countries closer.

Ambassador Mohammad Ali Hosseini said that 33 companies from Iran are participating in this three-day exhibition, including 11 knowledge-based companies that are working on science, technology and innovation. He said that various sectors including Information Technology, Telecom, Dairy and food industry, Kitchen wares, Technology, Carpet and Science and technology companies are participating in the exhibition.

The Ambassador said that various companies of Pakistan are also participating in the exhibition from cloth, handicrafts, jewelry and many other sectors. He said that recently Pakistan Iran Joint Economic Commission (JEC) talks have been held in Pakistan and Iran has assured promotion of mutual trade between the two countries. The aim of which is to increase the volume of trade between the two countries, which will increase mutual cooperation in many fields, he said.

He said that after these negotiations, agreements were also signed between the two countries in four different fields. Meanwhile, Senator Mushahid Hussain Syed, chairman Senate Committee for Defence, said that relations between Pakistan and Iran are reaching new heights in economic, trade and diplomatic sides. He said that Pakistan and Iran are facing hardships and both countries are moving forward in their excellent relations.

Mushahid Hussain said that the work on the Pakistan-Iran gas pipeline will also be completed, which will promote cooperation in the energy sector in both countries and fulfill Pakistan’s energy needs. He said that Pakistan and Iran have a very important role in regional trade and economic integration, which will promote regional trade. Senator Hussain said that holding this exhibition creates trade and economic ties between the two countries and it will have a very important impact on the region.

Addressing the participants on this occasion, Iran’s Minister for Corporate, Labor and Social Welfare Mehdi Maskani said that this is the first event to be held after the Pakistan Iran Joint Economic Commission (JEC) meeting. The Minister said that currently 33 companies from Iran are participating in this exhibition. He said that for the prosperity of both the nations, the two countries have to come closer to each other in different sectors of the economy.

He said that both countries have extensive ties in bilateral and transit trade. On this occasion, the Minister of Science Foundation of Iran, Prof. Seyed Mohammad Tayibi, said that Iran, Pakistan and Turkey are the founders of the Economic Cooperation Organization, which includes ten countries. He said that regional economic and trade cooperation and science and technology should be the basis of development.