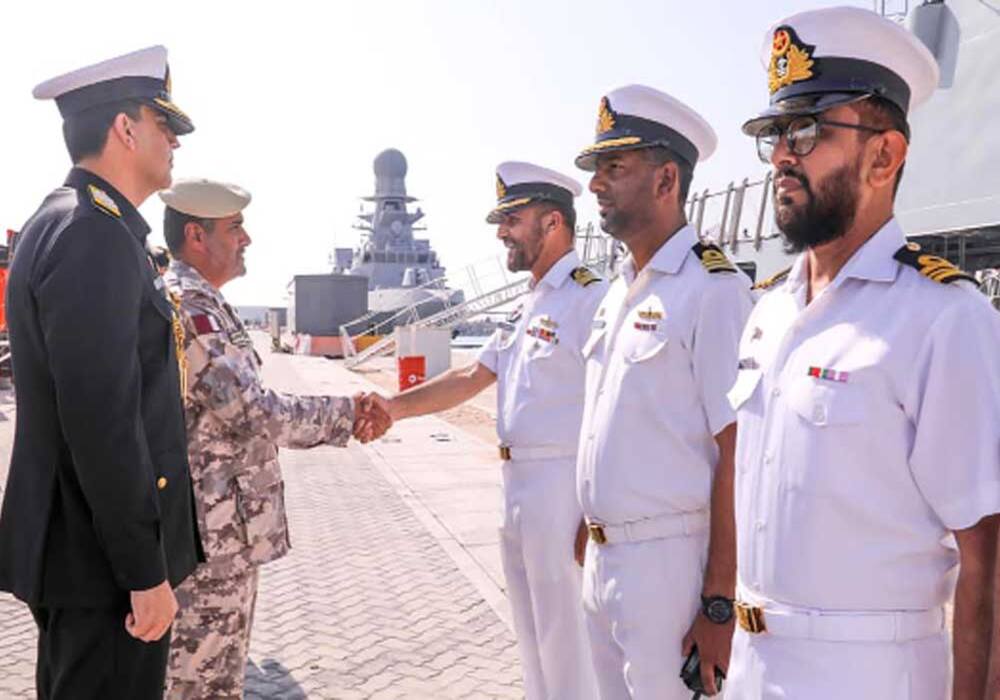 The Pakistan Navy Ship (PNS) TABUK on Tuesday visited Doha, Qatar for maritime security during FIFA World Cup 2022 where upon arrival; it was warmly received by officials from Qatari Emiri Navy and Pakistan Embassy at Qatar.

During the meeting with Commanding officer PNS TABUK, matters of mutual interest and cooperation in maritime domain were discussed.

Commander Qatar Emeri Navy appreciated the efforts of Pakistan Navy in promoting peace and security in the region. On the occasion Commanding Officer of Pakistan Navy ship conveyed well wishes from Chief of the Naval Staff Admiral Muhammad Amjad Khan Niazi for the people of Qatar in general and Qatar Emeri Navy in particular for safe and successful conducts of FIFA World Cup 22. The visit of PNS TAIMUR provided an opportunity to further enhance the existing close diplomatic ties and cordial relations with Qatar.