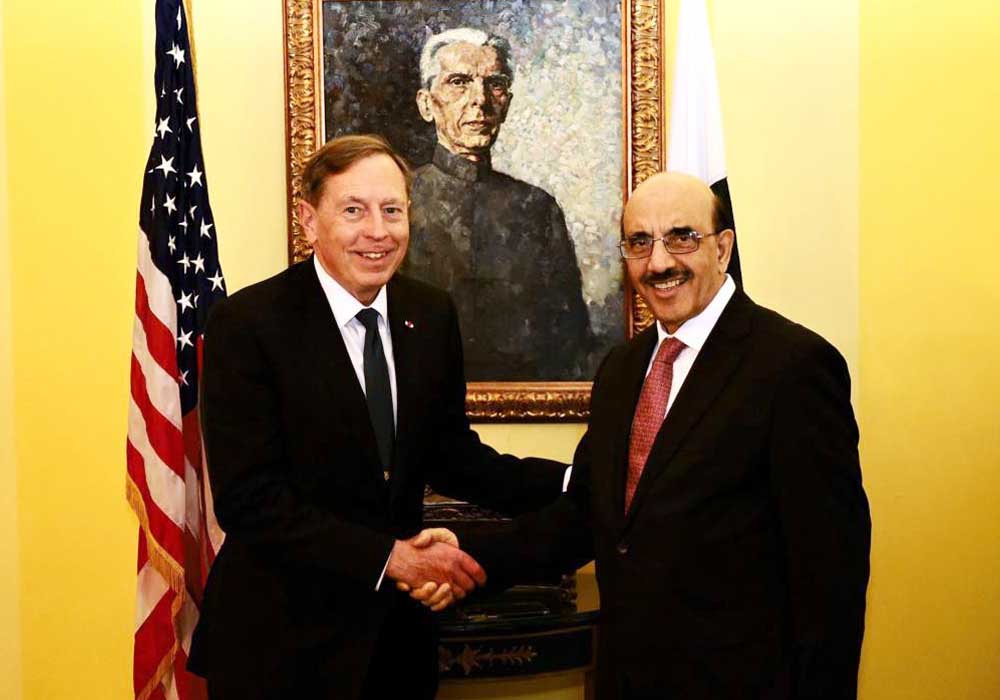 Pakistan’s ambassador to the US Masood Khan said that a solid Pakistan-United States partnership will advance the peace, security, and global stability of the region and world.

The ambassador made these remarks during a meeting with former US general David H. Petraeus in Washington.

General David Petraeus commanded both the US Forces in Afghanistan (USFOR-A) and the NATO International Security Assistance Force (ISAF) between 2010 and 2011.

He had also served as the director of the Central Intelligence Agency (CIA).

In a meeting with Senator Jack Reed, head of the influential US Senate Armed Services Committee, last month, Ambassador Masood Khan expressed Pakistan’s desire to strengthen the current partnership in terms of security between the two nations.

In July, Pakistan’s Ambassador to the United States Masood Khan met US President Joe Biden during a visit to the White House in connection with the 75th anniversary of diplomatic ties between the two countries.