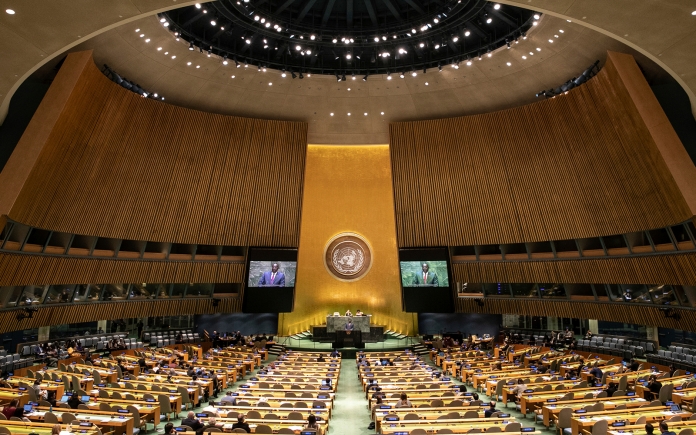 Pakistan abstained from a procedural vote called by Albania to hold an open vote against Russian-backed referendums as opposed to Moscow’s call for a secret ballot in the United Nations General Assembly.

Albania called for a procedural vote to decide whether voting on a motion regarding Russian-backed referendums on Ukraine would be held through a secret ballot or open vote.

According to Voice of America United Nations correspondent, UNGA rejected Moscow’s secret ballot demand, after 107 UN member states voted in support of an open vote. Only 13 countries supported Russia’s call for a secret ballot, while 39, including Pakistan, abstained.

Meanwhile, Ukraine’s UN Ambassador Sergiy Kyslytsya told the UN General Assembly. ”The entire world has once again seen the true face of the terrorist state that kills our people.”

Kyslytsya went on to say that Russia has once again proven that they are a terrorist state by launching strikes on civilians sleeping in their homes or rushing to work.

He also urged that this is the UN’s opportunity to restore its credibility or “it will ultimately fall in failure”.

The ballot on Russian-backed referendums in Ukraine will be held later this week.