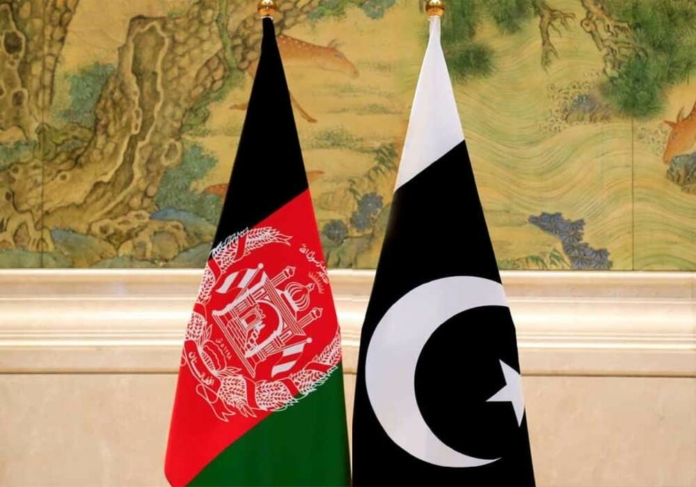 Afghan Consul General Hafiz Mohibullah Shakir and a Pak-Afghan Joint Chamber of Commerce and Industry (PAJCCI) delegation have agreed on initiating coordinated efforts for addressing the issues in commerce and trade between the two neighbouring countries.

According to a press release issued here on Wednesday, the agreement was reached during a meeting of business community with the Afghan Consul General. The business delegation was led by (PAJCCI) Director Zia-ul-Haq Sarhadi and comprised of importers, exporters, custom clearing agents and businessmen from Karachi. On this occasion, Admin Consulate General, Mufti Noorullah, Commercial Attache, Waheedullah Himmat, Deputy Commercial Attache, Dr Hameedullah Fazal Khel was also present.

Speaking on the occasion, Director PAJCCI, Zia ul Haq Sarhadi apprised participants of the meeting regarding problem being faced by businessmen including restoration of Afghan document Ilam-o-Nazar in Peshawar, restriction of containers and trucks in Afghanistan at Khowar Maidan area and other problems in Afghan Transit Trade. Zia-ul-Haq Sarhadi and other participants of the meeting also presented different suggestions for resolution of these problems. The Afghan Consulate officials also apprised participants of the meeting about problems being faced by Afghan businessmen including unregistered points near Torkhem border for checking of trucks, harassment of Afghan drivers, non-implementation of FBR’s directives for reloading of Afghan transit goods in local containers for Afghan businessmen to pay heavy amounts as detention charges etc. The meeting participants expressed agreement over several suggestions presented from both sides, the press release added.

The participants said “The volume of Pak-Afghan trade is very low which is not suitable for both the countries and is affecting thousands of people on both sides of the border.” They also agreed on development of road map for improvement of bilateral trade and betterment of trade relations in the region. They stressed upon Pakistan government to provide opportunities for promotion of trade in both the countries besides Central Asian Republics. Afghan Consul General thanked businessmen for meeting and apprising him about important issues to promote Pak-Afghan trade.